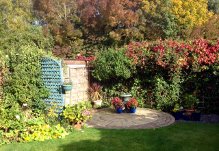 On a slow news day, I’m currently sat looking out of my back window for inspiration. The aesthetically pleasing mixture of chromatic and achromatic colours combine effortlessly to create an eye catching canvas. It’s Art Nouveau style stirs my creative juices, whilst the spicy sandwich I had for lunch stirs my gastric juices.

The first sight that catches my eye is the yellow glow of nasturtiums, winter pansies and the black eyed susan flowers. To clarify, a black eyed susan is a plant not a woman who’s suffered domestic abuse from a Stella Artois fuelled partner.

The deep red of the Russian vine leaves on my back fence, which hang on for dear life as autumn takes an ever stronger grip, merge with golds of the trees in the background. I have to do a double take as the union of their colours initially gave the impression that the fence was on fire.

Right, the fires out and I’m back at my laptop.  My vision utility units (eyes) pan around the garden where they catch sight of the spindly stems and the small striking red geum flowers. The body language of the plant is not good. It appears one of the neighbourhood cats has landed on it once too often; consequently it’s resolve appears to be wavering and spirit weak.

One of the neighbourhood cats, mint humbug markings on fur and green of eye, sits at the bottom of the garden. It looks over at me as if to say “Put some different music on Gary! I’m getting sick of listening to Sinatra. …….. Oh and, by the way, what the chuff are vision utility units?!” …………. I’m thinking Karen has far too much influence on that feline.

Whilst diligently surveying its surroundings, the moggy has now moved to eye up my hydrangea, with a view to using the shrub as a trampoline no doubt. The hydrangea looks worried, it hasn’t hung onto its vivid pink show all summer only for it to be sabotaged by Marmalade the cat.

The cerise begonias, whose foliage has contributed to the tincture among the tubs on the bottom patio, look a tad forlorn. The decrease in temperatures, that depress us all in the UK, displeases the plants so much it has deleted autumn as a friend on Facebook.

For the vision of beauty that gives immeasurable pleasure throughout the year there isn’t the option to put on the central heating, an electric blanket or fiery Jack coated undies to counter the dwindling outside temperatures.

The hardy plants I may see again next year, unless they decide not to appear in the event they become a cat trampoline, like their cousin geum. However, it will soon be a sad farewell to the bedding plants.

I pondered holding a minutes silence when they expire in a week or so. However, my wife Karen wants to attend and reckons she can’t guarantee staying silent for a minute……. We may go with a minutes applause instead!

At the wake I shall play sombre music……. Well Cliff Richard usually makes me feel sombre anyway. For refreshments I shall serve a vegetarian meal and smoothies, predominantly sourced from my edible garden plants and herbs. That’s for the guests anyway, I’m not eating rabbit food; I’ll be having a burger and a pint!

Karen will be particularly low when her garden’s kaleidoscopic views diminish for four months or so. She, along with me, fastidiously tend to the garden in spring, summer and autumn. The garden is our sanctuary from the months of April to September, despite the rubbish British weather.

My diminutive Mrs loves spring time in particular. The March blooming of daffodils, tulips, snowdrops, bluebells, primulas etc, always raise her spirits. The arrival of the month that signifies a commencement of nature’s regeneration for another year is her favourite time of the year.

Karen hasn’t cried a great deal since her incurable diagnosis. She finds it a negative force that serves no purpose, so she tries not to venture down that particular avenue.

One of the rare times she has was when spring started in 2011. On that occasion, she wept buckets saying she didn’t want that to be the last time she saw that season of regeneration. Thankfully, she has been granted far greater longevity than was first anticipated and it wasn’t.

To close, I want to use the word auspicious. I’ve never used it in a blog before, which has been remiss of me and needed addressing. 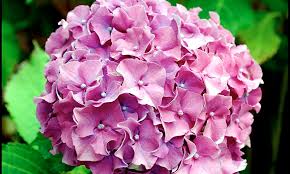 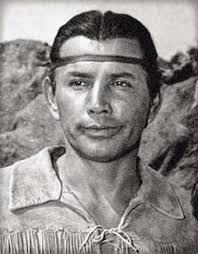