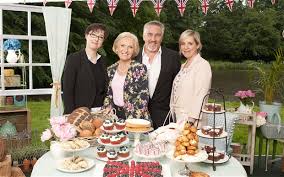 French Queen Marie Antoinette was executed on this day in 1793. The widow of Louis XVI had been found guilty of treason, cooking coq au vin without garlic and exposure of armpit hair in a public place.

A fourth charge of ‘being obtuse’ was dropped after it was discovered she was, in fact, less than a 90 degree angle!

History paints the Austrian born Queen as frivolous and opulent. It portrays her as vivacious, outgoing and bold; a social butterfly who loved gambling, partying and extravagant fashions.

She married the son of the King Louis XV at the age of 14 in 1770. Like most royal weddings the event was accompanied by the obligatory pomp and circumstance. Marie Antoinette was accompanied by an escort of 57 carriages, 117 footmen, 376 horses and 2 reporters from the tabloid newspaper The Sun.

A good day was had by all, with the impromptu Hokey Cokey going down particularly well. That was until a guest put his right hand in and shook it all about at a very inopportune moment, then all hell broke loose!

It was widely known the betrothal of the young prince and his princess was hardly a union made in heaven. The extrovert, outgoing and fashion conscious young girl had very little in common with the introverted and shy heir to the throne.

In fact their marriage wasn’t consummated for seven years! That wasn’t due to any incompatibility, moreover the result of a game of Hide and Seek that went badly wrong in the vast corridors of the Palace of Versaille!

Marie Antoinette became queen in 1774 when her husband was crowned Louis XVI, following the passing of his father. She was 19 years old, chaste and still in the middle of the epic game of Hide and Seek with her husband! 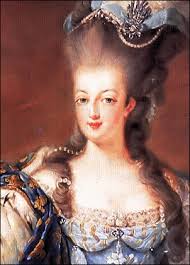 Her self indulgence as queen did nothing to endear her to the people of France. During the 1780s, the French government slid into financial turmoil and poor harvests drove up grain prices resulting in famine, with thousands starving.

With this in mind, Marie Antoinette’s extravagant lifestyle increasingly became the subject of popular ire. Countless pamphlets accused the queen of ignorance, extravagance and adultery, some featuring salacious cartoons and others dubbing her “Madame Deficit.”

In September 1792, after a month of terrible massacres in Paris, the newly formed National Convention abolished the monarchy, declared the establishment of a French Republic, and arrested the king and queen.

In January 1793, Louis XVI was found guilty of treason and executed by guillotine. Approximately nine months later his wife suffered the same fate!

The night before her death by guillotine, the deposed queen wrote a letter to her sister-in-law Elisabeth. In it she advised “I am calm, as people are whose conscience is clear……. Oh and there is a Pot Noodle left in the pantry that needs eating up!”

Prior to her death Marie Antoinette was asked if she had any last requests. She responded “Yes. Do you fancy a game of Hide and Seek?” She had hoped for another seven years hiding in the vast rooms of the Palace of Versaille. However the executioner, hearing of her prowess at the game, refused and gave her a Rich Tea biscuit instead.

Marie Antoinette was the last queen of France. She wanted the lifestyle afforded to a modern day royal. However, when there is famine and widespread starvation in your country, as was the case in late 18th century France, selling that lifestyle  to the people isn’t an easy thing to pull off!

One of the more famous comments attributed to her, which is said to show the callous and uncaring nature of Vienna born Marie, claims she responded “Let them eat cake!” when told her subjects were starving due to lack of bread.

However, no proof of her uttering those words has ever been uncovered. As such, it is widely thought the words have been wrongly attributed to her by mischief makers.

This theory was further backed up by historians recently. Their research identified that the words, attributed to the last queen of France, were in fact uttered by Mr Kipling and the East Grimstead Cake Marketing Board ! 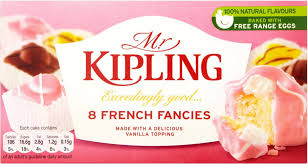