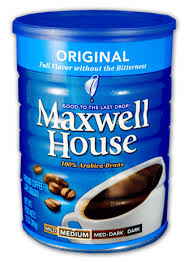 I’m struggling so much for a subject to write about today that I’m penning a predominantly fictional narrative about the passing of a Canadian neurologist called Arthur Maxwell House. I do so for no other reason than the coffee brand within his moniker amused me!

“Well if you have writers block, just don’t bother writing a blog today, Gary!” I hear you cry and in some cases plead! I take on board your thoughts, however I try to discipline myself to write at least 500 words per day, for no other reason than I find it therapeutic.

Until around 10:40 this morning, I’d never heard of this Arthur Maxwell House guy, which surprised me as I have a degree in Canadian Coffee Named Neurologists, from Northumbria University.

During that course I grasped indepth biographical data about Ken Co, Ed Americano and Bud Ristretto. However, there was not one mention of the Glovertown born medic throughout the whole syllabus!

I became aware of Maxwell House (the neurologist) whilst searching for ‘what happened this day’ this morning on the internet. This navigated me to the news that two years ago today the learned consultant passed away,.at the age of 87.

The highly respected co-founder of the medical school at the Memorial University of Newfoundland passed peacefully, surrounded by family and a giant cheese grater (he loved grated Parmesan apparently!).

The funeral of the former Lieutenant Governor of Newfoundland and Labrador was well attended by friends, who gathered to say goodbye to the academic, who’d inspired so many during his full and colourful medical career.

The eulogy was given by family friend, the Labrador rapper, Skinny Latte. To clarify, when I write Labrador rapper I’m referring to a rapper from Labrador, Canada; not a rapid talking canine who wears his clothes backwards!

I have to say, though, a dog wearing a cap the wrong way around and rapping a eulogy would be brilliant send off! I might add that to my wish list when I go, along with the song Return to Sender! 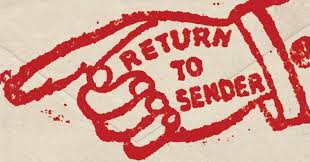 In keeping with the coffee theme Maxwell House’s family broke with usual funeral protocol, when he became the first person to be ground and percolated, as opposed to cremated!

Anyway, I’m stopping writing this nonsense now as, I’ve become so distracted, my chuffing coffee has gone cold and I’m even boring myself with this daftness. God knows how you’ve stayed with it until now!

To be honest, I’m amazed I managed to write around 500 words about a bloke I’ve never heard of, whose name caught my eye merely because he had the same name as a coffee brand!

Life’s a funny thing (what do you mean it’s a shame my blogs weren’t?!) If ,when I sat in front of a blank piece of paper this morning, you’d have told me my blog would incorporate a narrative about a Canadian neurologist/academic with a name like a coffee brand, who owned a giant cheese grater and was percolated instead of cremated, I’d say that it would be far too random even for me!

How the hell does my mind work?!