With precipitation yet again forming part of my writing landscape, the refrain ‘The Rain In Spain Falls Mainly On The Plain’ , from musical My Fair Lady, plays repeatedly on my cranial jukebox. This episode acting as a catalyst for a random attempt at adapting the song’s lyric to reflect my local meteorology.

Now, I’d like to think I possess a creatively fertile mind. However, this epiphany prolificacy hasn’t resulted in me achieving a bespoke rewrite of the song, belted out in the production by Professor ‘Enry ‘Iggins.

At this juncture, attempting to find a rhyme for a first line of ‘The Rain In East Ardsley‘ has proved a challenge too far for GJ Strachan. In fact, in candour, I’m really struggling to muster any word which rhymes with Ardsley!

The neighbourhood village of West Ardsley obviously bears the same last moniker. However, the alliteration of ‘The rain in East Ardsley falls mainly on West Ardsley’ may rhyme, but makes little sense and certainly doesn’t adapt kindly from Fredrick Loewe’s original prose.

Retired ex-England international footballer Peter Beardsley’s surname nearly mirrors the suffix of Ardsley in sound. However, ‘The rain in East Ardsley falls mainly on Peter Beardsley’ is not only a flawed as a rhyme, again makes little sense….. Unless, of course, the former Newcastle forward lived in East Ardsley; which I’d wager won’t be the case. 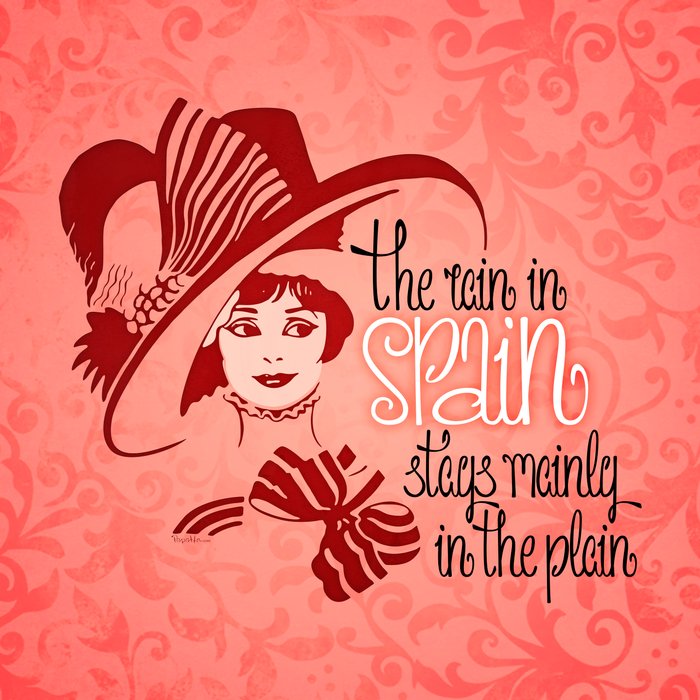 Struggling to evoke a locution sounding like Ardsley, I sought other domain names which may lend kindlier to my precipitation based adaptation. Again, this confronted me with a mighty challenge. Akin to East Ardsley, finding a rhyme for ‘The rain in West Yorkshire’ is  a creatively demanding exercise…… ‘The rain in Wakefield’ similarly testing!

In fact, one of my more woeful efforts of the rhyming the latter appeared as the following epiphany, ‘The rain in Wakefield falls mainly on Ian Beale’. It has to be said, a creative litany equally as nonsensical as my earlier rhyming of Peter Beardsley with Ardsley.

Footnote – Ian Beale is a fictional character on BBC TV’s brio sapping soap opera Eastenders. Or he was last time I watched it in 1989.

Yours truly also endeavoured to resolve this conundrum by attempting to attain a rhyme to house. However, this similarly failed to bear fruit. The best notion I could muster was for the rain in house to fall mainly on Dave Prowse – No doubt, much to the chagrin of the guy who donned the Darth Vader suit in the original Star Wars movie.

Disenchanted, my frustration at being rendered creatively impotent led to vowing the next location I’ll lay my hat will be a darned sight easier to rhyme than chuffing East Ardsley!

Not being a fella to avoid picking up a literary challenge gauntlet, in the end GJ Strachan plumped for the less specific, more arbitrary adaptation of the lyric……. So dear reader, let me put it on record that ‘The rain in this town is always pissing it down!’

Blimey, was that Peter Beardsley and Ian Beale who’ve just walked past my house?!!