Sunday witnessed a productive few hours from yours truly. It’s watch seeing a much needed garden maintenance shift, scribing of a narrative, the cooking of dinner, along with creating my 44th self-published book. The latter created, ordered, scheduled for printing and due for delivery by next week’s conclusion.

In the afternoon, my blood pressure meds were provided with a consummate stress test, courtesy of yours truly undertaking the garden work in blazing sunshine, combined with awaiting goal alerts for a critical game in Leeds United’s promotion push.

My footballing amours playing away at Swansea City in their fourth last game of this season. A win would see ‘The Whites’ restore a six point cushion from 3rd place. Defeat, though, could’ve feasibly have seen them sit outside of the automatic promotion places after Wednesday evenings games.

Leeds would’ve still had a game in hand but, starting the match in 3rd position, pressure on the side would’ve ramped up significantly at kick off against Barnsley, on Thursday evening.

Consequently, my anxiety levels were off the scale while mowing the lawn and heavily cutting back the digitalis, aquilegia, aubretia and a yellow tinged shrub whose name currently escapes me. Too nervous to listen to the talksSPORT commentary on my phone, I set alerting up to inform of a goal(s) from South Wales.

It’s fair to say I’ve never felt as anxious whilst in the process of horticultural graft. I’d have been less jittery if, while knelt trimming these shrubs, a neighbour popped their head over the fence, inquiring “Have you seen our pet king cobra, Gary?…… We let it out in the garden for some exercise and can’t find it anywhere!!….. Last we saw of it was slithering around the bottom of your fence!”

Footnote – Please notice I suffixed the word cobra with a comma. I was keen to make it clear the reptile wasn’t called Gary!…… Actually, they’ve not got a cobra, I was using the licence d’artiste……. I flaming hope they haven’t, anyhow!

While edgily edging the lawn, I’d reckoned the match would conclude around 3.30 pm. Between 1.30 pm and that juncture understandably dragging disparately from my racing heart rate.

With no goal alerts forthcoming, yours truly grew ever more tense; time’s pause button seemingly engaged as I hamfistedly removed large chunks of overgrown aubretia from the soil.

As blood pressure rose, I pondered viewing my mobile device for score updates on the BBC Sports app. However, erring on a ‘No news is good news’ approach, and concluding no matter what the score was (unless we were miles ahead) it wouldn’t ease my nerves, I resisted…… Anyhow, I derived there was no need to look. After all, I’d set up alerting so if either side scored it’d ping straight to my phone.

At this point, I began worrying alerting might’ve been impacted by a network provider software update, rendering all messages stuck on the O2 staging servers. We (Leeds) might be 6-0 up, meaning I could relax. However, because the supplier’d screwed around with their network during an overnight change it’d rendered me bereft of that knowledge.

In a ridiculous move you see on sitcoms where a character shakes a stopped watch, endeavouring kick it back to life, I shook my device to see if that encouraged the arrival of any ‘missing’ alerts.

A foolish clutching at straws by GJ Strachan. After all, with a former life working in IT Incident Management, I’d enough understanding of SMS creation and delivery protocols to know that customers shaking their phone was an unlikely resolution to SMS transmission issues.

Yours truly possessing enough knowledge on the subject to realise if a message hasn’t arrived the root cause of the problem is likely with host software problems, or issues with its delivery network infrastructure.

Under these stressful circumstances, at one point irrationality of thought processes led to thoughts of ringing O2 to enquire about message delivery issues. Concluding, even if they hadn’t, I could ask the Helpdesk operative “You don’t know the Leeds score do you, mate?!”

As 3.30 pm approached, my torment of events at Swansea’s Liberty Stadium led to me muttering to my late father, whose crowdie sits at Elland Road, “Come on dad. Let’s have a Leeds goal!”.

Although not a religion man, I also afforded a prayer to god. Or I would’ve done if I hadn’t got my prayers and saying grace mixed up. A consequence of which, instead of requesting divine intervention for my footballing amours to score, I posited “For what we are about to receive, may the Lord make us truly thankful!”

Although said in error, this plea to the almighty may have some basis in fact within the next week or so. 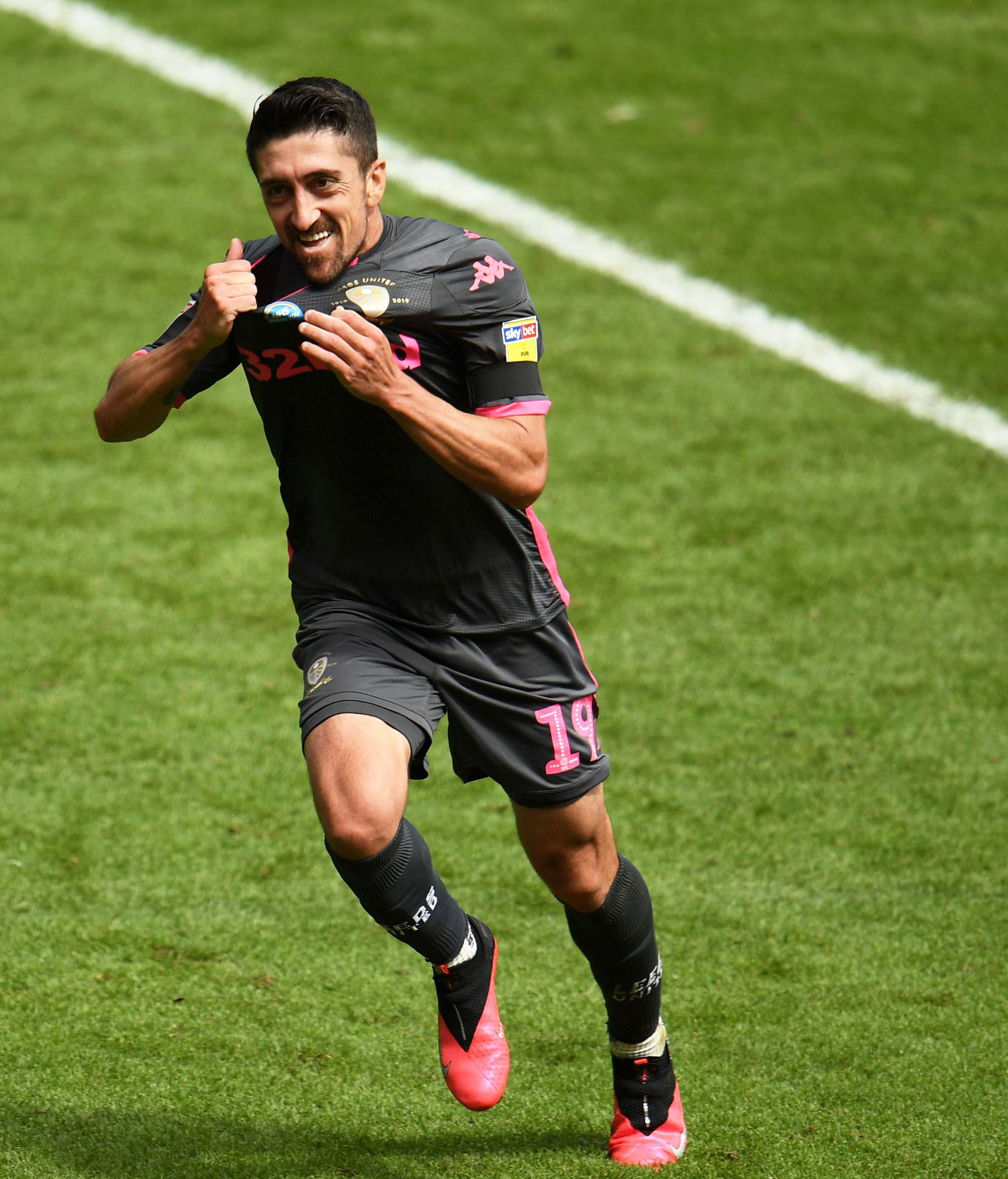 At this point, GJ Strachan was still resisting looking on the BBC Sports app, or seeking this detail by the conduit of Radio Leeds or talkSPORT. Almost visibly shaking, I began packing away my gardening tools.

Whilst in the process of gathering my hoe, secateurs, mat and lawn edger, the quiet soundscape was punctured by massive cheers from a residence local to chez Strachan. Concluding they must be Leeds fans celebrating a late goal, I threw these gardening utensils to the ground, hurriedly retrieving my phone from my shorts pocket.

With muddled mind, it didn’t register to me the goal (if there’d been one) wouldn’t be marked on an app instantaneously. As such, it was perturbing to witness no alert present on my phone!

With equal haste, I opened the BBC Sport app, which in it’s written commentary of match events was still showing the score was 0-0, a live score confirmed by a separate feed on the site……. I was lost!…..What the hell was going on?….. Had we scored or not?!

Thoughts then crossed my mind these neighbours may not’ve expressed elation at a football goal. I don’t know them; for all I know they could hate football, or worse hate Leeds and be cheering them conceding late in the game. However, if that was the facts as they stood, there was still no alert was confirming either way.

After what seemed like five minutes, but wasn’t, I reopened the BBC Sports app which’d now updated to reflect Pablo Hernandez had put Leeds ahead in the 89th minute…… Like all fans of the club will’ve been, GJ Strachan was in clover….. My alert arrived around the time the game finished in a 1-0 Leeds victory.

Overjoyed at this victory, restoring a six point lead with three games to play, yours truly took a very valuable lesson from yesterday afternoon…… That being, next time Leeds United play and I can’t watch the game on Sky Sports, not to bother setting up goal alerting, merely go sit in my neighbours back garden!!