I commence this narrative, my second of a thus far fairly uneventful Friday, having just returned to chez Strachan from a south Leeds shopping outlet. Choosing to sit on a comfier chair than those surrounding the dining table, I’m balancing my laptop upon the wing of an armchair in the my East Ardsley abode.

With only the pressure of my left wrist preventing the device crashing to the carpeted floor below, it’s an awkward way of rendering characters onto a Word document via keyboard. Although not an observation taken from an informed position, I’d imagine the instability of laptop on the arm of the chair’d be like endeavouring to write a blog on a device while riding a rollercoaster.

You’d probably inquire “Well, if it’s that cumbersome, go write the b****y thing on the dining or kitchen table then, Gary!!”…… A point that would be well made; although, I like to know how you’d gained the particular knowledge I’d a kitchen table. Details I’ve never shared priorly via the 1800(ish) pieces I’ve thus far journaled.

Incidentally, my paucity of detail about my residences kitchen table comes not from any deliberate clandestine motive. Moreover, the topic has merely never raised it’s solid wood head in prose.

In an attempt to insert a plateau of versatility into my work, I’ve written blogs on many subjects, it’s just that hitherto my table de cuisine hasn’t manifested itself as a topic epiphany. Although, I suppose this monologue has rectified that themes omission.

Topics like kitchen tables aren’t easy to jemmy into enthralling copy. Even the increased artistic licence bestowed upon children’s book authors hasn’t encourage the likes of David Walliams, Sarah Ferguson, Katie Price et al to touch the subject with a proverbial bargepole……. Alas, Kevin the Kitchen Table is one kid’s superhero whose unlikely to make it into print anytime soon.

I can understand the reticence of kid’s book authors to include cuisine furniture as suitable subject subject material. After all, what superpowers could you give Kevin the Kitchen Table?…..  An indestructible marble top? Legs that allow Kevin to spring over tall buildings? An extension panel that allows it to morph into a robot?

Nah, even by children’s tome standards of fantastical storylines, I’m with David, Fergie and Katie’s decision to leave the bargepole in the garage.

A few friends have suggested I write a whimsical kid’s yarn. They opining my literary modus operandi is perfectly aligned for penning silliness that’d appeal to a younger demographic readership.

It’s a project I may take up one day. I’ve actually started a few silly stories aimed at a junior school age group audience. Tales I never finished concerning a fictional young lad called Eric Cruickshank who, along with his friends, experienced a number of escapades courtesy of a Roman Centurion’s brand of witchcraft. The soldier summoned by Eric spinning a Roman coin he’d found in his gran’s garden.

Young Eric living at his gran’s after his mum was sectioned. This a consequence of her believing she was a goat following sustaining head injuries when blindsided by a trolley as a contestant on TV’s Supermarket Sweep…… Yes, it’s chuffing nonsense!!….. Poor old Eric giving up on hospital visitations after becoming tired of his mother eating his shoes during each tarriance.

I may resurrect this literary inanity in the future!….. That’s, of course, I don’t get sectioned myself in the meantime! 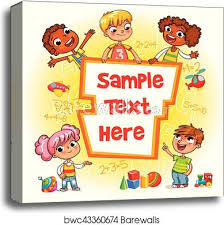