Skip to content
By Gary StrachanFebruary 27, 2020Blogs fiction health/medical humour parodyLeave a Comment on Better Than No Dream

My normal dabbling into philosophy, which has sprung forth wisdom such as “Well, that’s it then!” and “Hmmmm, never mind!”, aren’t without value as such. However, even the most benevolent of souls would rightly suggest such mutterings can barely be classed as high brow literary or oratory musings. The adage quality a million miles from the profferings of, say, a Mark Twain, Bertrand Russell or Stephen Fry – Writers whom I revere immensely.

Instead of the weak generic pragmatisms of above, I too desire to one day evolve into someone whose dexterity of notion bring forth advocacies akin to Twain’s ‘Kindness is the language which the deaf can hear and the blind can see.’; or Russell’s ‘“Do not fear to be eccentric in opinion, for every opinion now accepted was once eccentric.”

With this in mind, today my journal incorporates my initial epiphanies whilst dabbling on the ordinarily oft avoided plateau philosophical. These ideas the locutions I loving crafted for you dear reader, and anyone else prepared to listen.

My philosophies, which I hope will improve every readers lot are as follows:-

‘When composing your existential symphony notes, choose any chord apart from discord.’

‘It pays to be forthright…. Unless, of course, your destination is third left’.

‘Play to your strengths; A combine harvester bears more use to a farmer than a taxi driver.

‘Honesty isn’t always the best policy!…. Before committing, ring an insurance broker to see if you can secure a better deal.’

‘Despite the rent being higher and the dress code’s worse, choose life over death’.

‘True existential wealth isn’t begat from physical wealth!…… Unless you own a marmite factory’.

‘Beauty is in the eye of the beholder….. Not 1970’s Slade frontman Noddy Holder; He’s been out with some right old bogwhappits!’.

‘Learn from your experiences, seek your destiny, be tenacious of spirit, display an unbending will and remain calm!…… You WILL eventually get through to your energy provider’s call centre.

‘To unearth the truth in a person’s heart, sit down, listen and converse…….. If you can’t find the truth, at the very least, insist they buy donuts!’

‘Pray through the good times with a fervour you’d exhibit when standing at life’s precipice…… God will answer your prayer, or at the very least show you the stairs so you don’t have to jump from the precipice.

‘Cornered rats are dangerous…… Only chase vermin in spherical venues.’

‘There are many worse things in life than giving up…… However, bear in mind most will result in the loss of your liberty and/or dignity’.

‘Nothing is as black as it seems!….. Well, apart from my car, an undertakers hat, the New Zealand rugby teams shirts, the man sat opposite me’s coat, the horse Black Beauty, a murderer’s heart, the border of this laptop, my keyboard keys……. Actually, there’s s**t loads of things that are as black as they seem; scrub this misguided advocacy.

‘Follow your dreams….. Apart from the one’s where you’re walking around Walmart naked!’

‘If Sainsbury’s is closed, remember there’s a Tescos Extra on Bradford Road, just along from the post office.

It remains to be seen whether my seventeen philosophies will attain yours truly the status attributed to the words of wisdom emanating from the pen of the assembled intellectuals alluded to above. I suspect they wouldn’t be; however ‘A pipe dream is better than no dream!’ 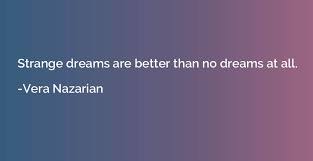