Later this morning I’m scheduled to participate in a Pilates class; this event yours truly’s inaugural undertaking of this increasingly popular physical fitness system. I’ve played Pontius Pilate in a school play, but I don’t believe the exercise session I’ll shortly embark on is linked in any way to the Roman province of Judae’s fifth governor.

I bloody hope not, anyway!…… I’m really not in the mood to spend my late morning presiding over a crucifixion trial in the presence of a baying mob. Not only have I no desire to sit in judgement on the liberty, or otherwise, of an accused felon, I’d question the fitness benefits of Pilates pedestrian role.

However, as alluded to in the previous paragraph, as I’m content the exercise Pilates has absolutely no connection whatsoever to part of Pontus Pilate’s role remit, it matters not.

Despite this confidence that at 11.30 am this morning I won’t be presiding over a crucifixion trial, I’ll admit to being in the dark as to what I’ve signed up to. Candidly owning up to possessing no real idea of a Pilates session’s format. I’m aware the exercise involves a variety of moves/postures; however the benefits provided, as I write, remain foreign to yours truly. If truth be told, I’m not even 100% certain of the classes appropriate dress code.

On enquiring Pilates attire from a friend who’s previously participated in these sessions, I was rather unhelpful informed “Don’t wear a suit of armour!”……. A bizarre advocacy from my buddy, who’d no apparent desire to back up his idiosyncratic musing with a sensible suggestion for appropriate classroom clobber….. Consequently, I’ve decided to adorn my ‘go to’ clothing choice when I’m uncertain about a suitable dress code…… My Scooby Doo fancy dress outfit. 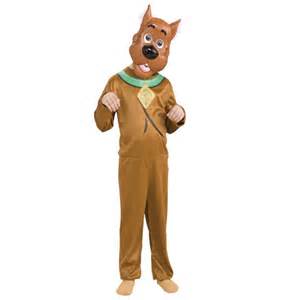 Clearly, that was a joke, I’ve dug out the old tracky bottoms, t-shirt and grip socks to adorn when taking a Pilates mat thirty minutes before midday. The grip socks, foot covers I procured post-heart attack while residing at the Leeds General Infirmary (LGI) last January.

You may ponder “Why the chuff have you enrolled in a class where you’ve no real understanding of the exertions your still recovering body will be subjected to?….. Oh, and did you watch last week’s ‘Death in Paradise’? – Actor Ardal O’Hanlon’s a lot cleverer as that show’s copper than the thick s***e he played in Father Ted!”

My answer to the latter observation would be an unequivocal “Yes!”. For the former I’d retort I’m undertaking Pilates following advice from an acquaintance (familiar with my health history) who waxes lyrical about this fitness systems cathartic qualities, both for body and mind.

With another Health Fitness class booked for tomorrow, along with a beginners cycling session scheduled for Friday morning, I’m feeling jacked as they say on the street….. Or so I’m led to believe anyhow.

A previous incarnation of GJ Strachan may’ve gone into this broadening of his exercise horizon from a baseline of apprehension. The northern Englishman’s former indifference at venturing from the status quo no doubt scuppering motivation to indulge in Pilates. However, to quote Bob Dylan “The times, they are a changing”, particularly in one WF3 home.

With apologies to Glen Campbell:-

“I’ve been walkin’ these streets so long
Singin’ the same old song
Strolling quirky sidewalks of the UK
Where hustle’s the name of the game
And nice guys get washed away like the snow and the rain
There’s been a load of compromisin’
On the road to my horizon
But I’m gonna be where the lights are shinin’ on me…..”