This morning, in preparation for the Christmas holiday period, I picked up a bunch of non-perishable comestibles, along with a smattering of non-food products…… To clarify, I didn’t just pick them up and proceed to walk/run out of the supermarket with a security guard in hot pursuit – I also paid for the items.

Not only is yours truly disinclined to pilfer, yours truly’s also put off shoplifting by concerns, since January’s heart attack, I’m no longer able to outrun security guard Frank. This despite the aged doorman’s sluggish foot speed, which’s seen a recent marked rise in the stores ‘Products Pilfering by Tortoise’ shoplifting statistics.

Footnote – Yes I know tortoises generally hibernate over winter; I was using artistic licence. Even if tortoises didn’t hibernate the chances of them shoplifting in Sainsburys and escaping unchallenged by outrunning Frank the security man are pretty remote…… Actually, as Frank is also fictional, it’s impossible….. “At ease folks!”

These days it’d take an extraordinary set of circumstances to negate my reticence at bursting into a sprint. Fantastical events such as Pets at Home holding a ‘Buy One Get One Free’ chinchilla sale, or DW Sports allowing the purchase of snooker cue chalk through a conduit of bartering inane fictional blogs. 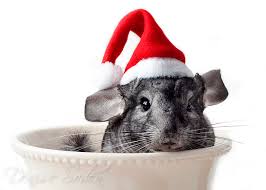 Anyhow, I digress……. After the aforementioned retail sojourn, casa Strachan’s cupboards now burgeon with a tub of Celebration chocolates, enough crisps to feed an army, cans of soda, a quantity of dry roasted peanuts suffice for the same army’s 2nd course***, and a box of Christmas crackers.

*** – Actually, on reflection, this army is costing me a fortune in Xmas snacks.

Additionally, my fridge is now stocked with beer and wine ready for the festive period. Whether it will still be there come Christmas Eve only time can will tell. What I can relay, though, consequential of a betting spree on me drinking the fridge dry by then, local bookies have stopped taking wagers on the topic….. I’ll prove those cynics wrong!…. Hic.

With a fortnight to go until Christmas Day I’d posit it’s currently premature to purchase perishable items for the festive feast. Submitting any veg, meat and some dairy products procured this early wouldn’t be as flavoursome by the time St Nick makes an appearance.

Consequently, a few days before the 25th December I’ll wander up to my local store to acquire dairy and meat produce for ‘Santa Day’. Followed by the same sojourn early Christmas Eve morning to buy the veg.

During this year’s Christmas Day meal we plan to dine on a turkey crown, as opposed to the family’s habitual choice of a full bird. Subsequently, in 2019 I won’t have the luxury of riding home from Sainsburys on a still living turkey’s back, as was the situation in 2017.

On that occasion, the massive bird ordered by my missus would’ve fed the army I alluded to earlier. A platoon who this year will be forced to fulfil hunger pangs with the glut of crisps and peanuts currently attempting to gain liberty from our overcrowded snack cupboard.

Last year, misguidedly thinking it wouldn’t be an over difficult task, my wife Karen and me stupidly opting to slaughter our own bird. My wife’s though foolishly built a bond with the still living turkey, foolishly over-indulging it with food and affection – An unsuccessful strategy that, if nothing else, dispels the adage that you can’t ‘kill somebody (or something) with kindness’.

In the end we didn’t have the heart to slaughter the huge Meleagris, who we’d affectionately named Harry. Consequently, Karen and I dined on a Christmas dinner of Paxo stuffing, cranberry sauce and vegetables. Originally ‘pigs in blankets’ (sausages wrapped in bacon) also graced the festive menu, however Harry surreptitiously ate them while we dished out the rest of the dinner.

Anyhow, hopefully this years strategy of dining on an already deceased turkey’s crown won’t mess with my fickle emotions and uneasy conscience.

Oh my word!!….. A local radio commercial has just announced Pets at Home are holding a ‘buy one get one free’ chinchilla sale…… I must dash!