The show one of my hosts in Canada stage-managed at Kingston Grand Theatre came to a conclusion yesterday evening. Speaking to production staff at an end of run dinner, they submitted that performances of David Lindsay-Abaire’s play Rabbit Hole had been a great success.

The dinner, eaten in a German restaurant on Kingston High Street, named Amadeus gave yours truly the opportunity to mix with more of the actors/production staff. Amateur thespians hailing from a vast work backgrounds, including pharmacists, carpenters, postmen, entrepreneurs, executives and my buddy who was formerly in the military police. 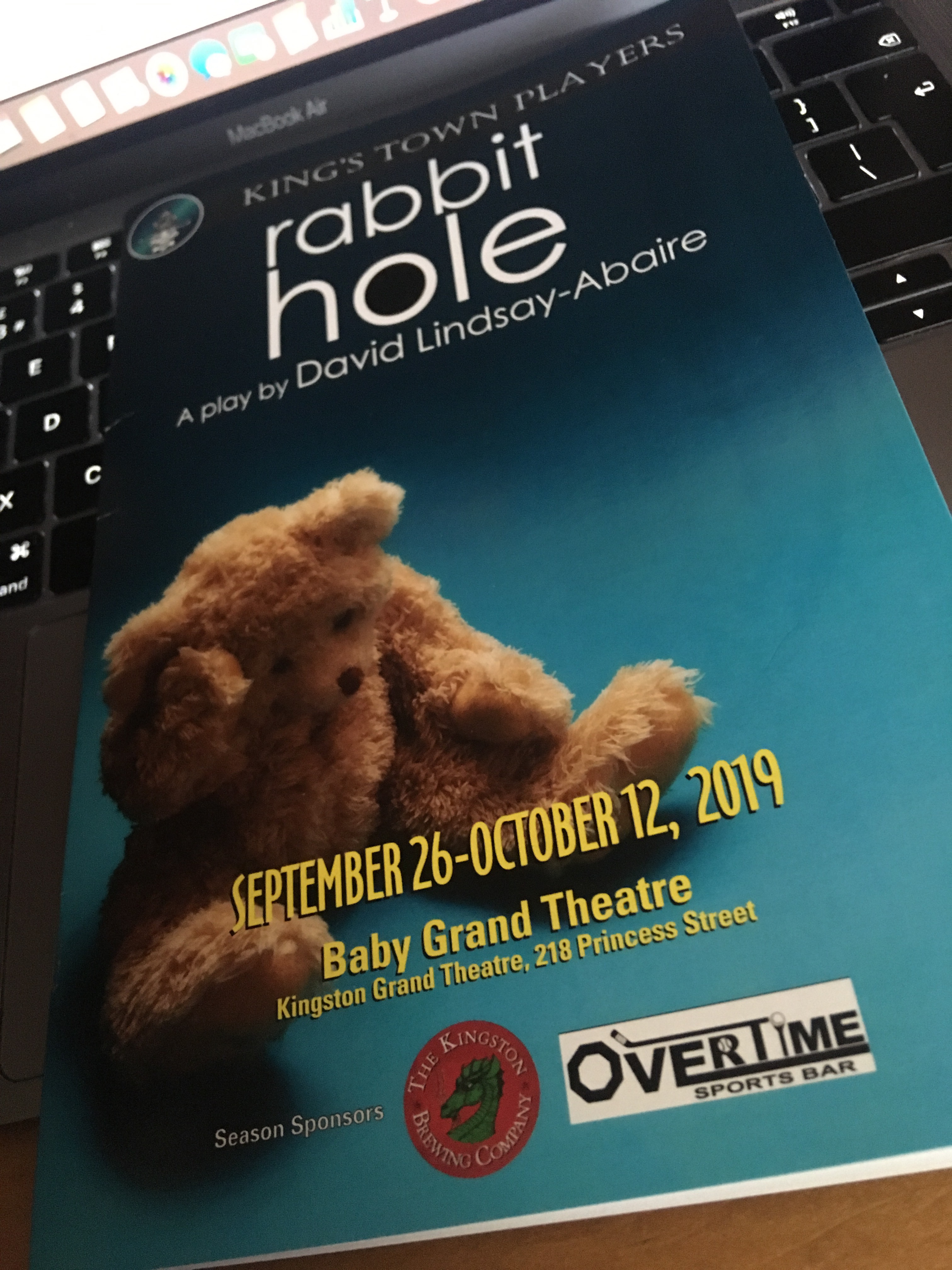 My friend not an overly good actor or indeed stage manager, but is kept around by the King’s Town Players in the event they need to borrow a police holster or the family taser as props…… My pal no doubt will be much sought after to help with the group’s next production Angelo Chuffbox’s ‘Has Anyone Seen My Taser?’, whose rehearsals commence in November.

The critically acclaimed ‘Has Anyone Seen My Taser’ deemed to be Chuffbox’s seminal work. His fictional drama telling the story of a hard-fisted, misogynistic cop from the back streets of Toronto whose inappropriate use of his taser leads to being censured for not following police procedure…… Not to mention severe testicle burns while not on duty.

His work earning him Tony Award nominations, in 2017, in the ‘Taser Related Drama‘ and ‘Story Containing Singed Testicles‘ categories. The Kings Town players selecting this literary gem not just for it’s poignant and melancholic take on a unlucky in love Ontario cop, but the only props required for the production are a taser, a police notebook and a fire hydrant for the scene when the main protagonists bollocks are on fire.

Next summers show of ‘Has Anyone Seen My Gun Holster?‘ should also see my friend retain their place within the King’s Town Players. This another fictional drama from Angelo Chiffbox’s pen, telling the story of a different hard-fisted, misogynistic cop from the back streets of Toronto whose loss of his trouser belt gun holster necessitates the  storing of  his firearm behind his left ear. This carelessness leading to him being censured for wanton recklessness…… Not to mention a charge of indecent exposure after his belt-less trousers fell down while on duty.

As a frustrated actor myself, who’d love to portray ‘My Fair Lady‘ linguist Henry Higgins but haven’t got the gonads to pursue the aspiration, I’ve nothing but admiration for these amateur performers and the amount of hard work they put into a clear passion…… It’s good to have a pipe dream though. Should it not come to pass maybe I could play Alex ‘Hurricane’ Higgins in the musical ‘My Fair Snooker Player’.

Sadly for my Canadian buddy, though, when the King’s Town Players productions of ‘Has Anyone Seen My Taser? and ‘Has Anyone Seen My Gun Holster?‘ have completed their runs they may well be ostracised. No longer required by a heartless band of thespians who’d included them so they could utilise the ex-military police officer’s props……. Unless the subsequent production after the other two conclude happens to be ‘Has Anyone Seen My Pepper Spray?’