In an event of laxness by yours truly, this morning I inadvertently reduced my four week beard to stubble. This grooming carelessness occurring during a planned trim of my overgrown facial hair using clippers adorning a number two guard.

After the clippers first foray into my beard it was clear from the stubble length, when compared to the remaining beard, that I’d commenced the visage tidy up with razor bereft of clipper guard. Consequently, this one reckless stroke leaving my chin with an antipode Brazilian***.

*** – Incidentally, that’s the type of Brazilian I’m told are favoured by a subset of ladies as a bikini line style. Not that I’d inadvertently shaved the shape of legendary former South American footballer Pele onto my jawline.

Anyway once you’ve used unguarded clippers on a four week beard there’s no going back. The disparity in hair follicle length on your jaw meaning there’s no other option than to remove the rest of the beard; an action leaving the klutz who’d forgot to attach the guard with a two day beard as opposed to the desired two week growth. 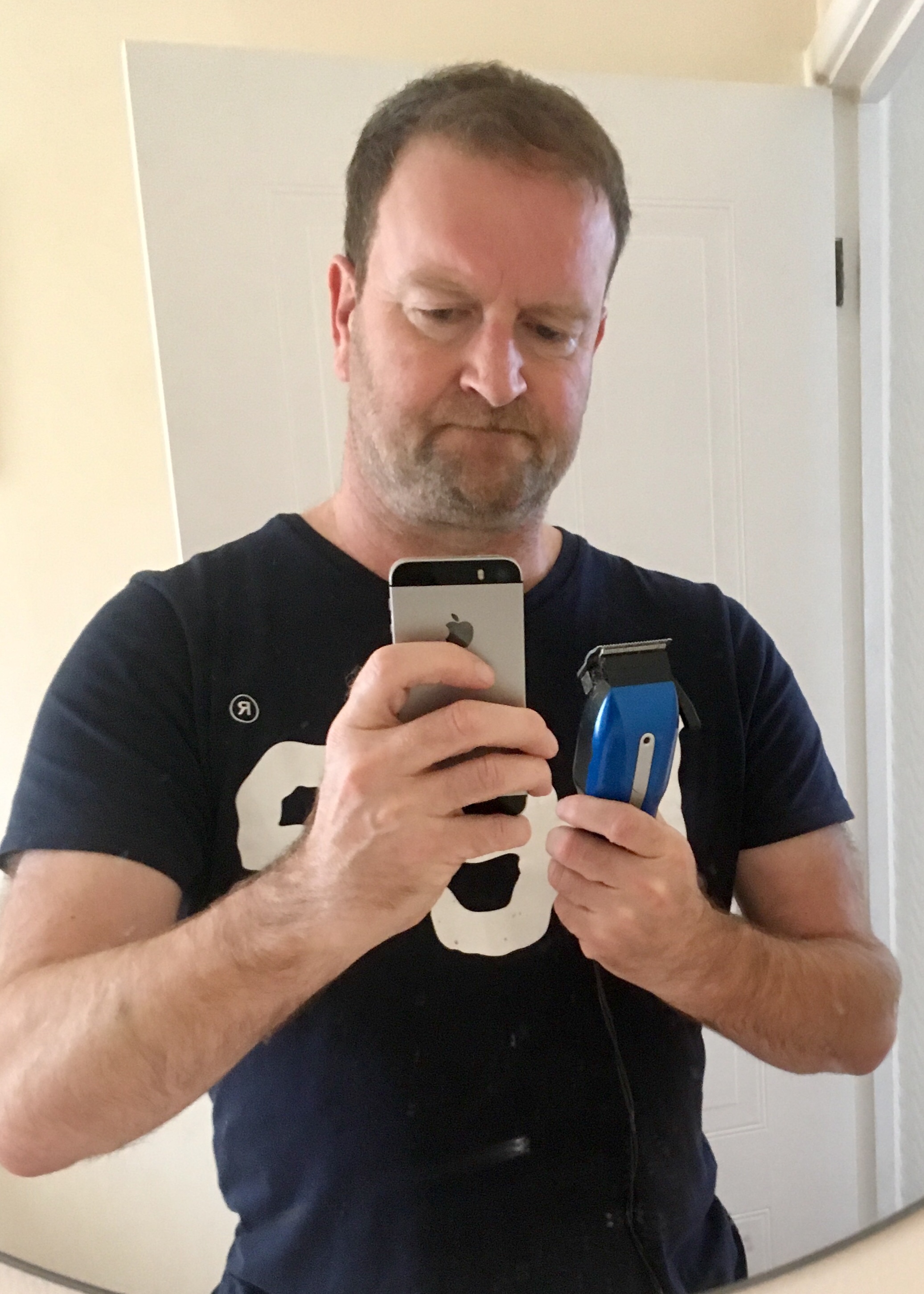 There was no chance of reattaching the follicles I’d removed with my first swipe of the clippers. I’ve not checked but I’m pretty sure there isn’t a beard glue amongst the array of grooming products now available for us chaps who sport facial hair.

I’d posit they’ll not be much appetite by cosmetic manufacturers to spend money on developing such an item either. The onerous, and probably impossible, task of seamlessly gluing hair follicles back onto a ‘stricken’ beard making its demand sparse;  as a result development and marketing budgets would never to be recouped by sales. Consequently, don’t expect Giorgio Armani, or indeed any of the other cosmetic giants to be unveiling the product any time soon!

So as I pen this narrative I’m sporting significantly less visage fluff than when I wrote yesterday’s offering JD in HD. Roughly two days stubble now residing on my jawline and under my not inconsiderable proboscis.

I’m told I do look younger with just stubble, however if beard glue did exist I’d have no hesitation at reattaching the follicles that now reside in my garbage bin. They’re wrapped in kitchen roll I hasten to add……. I’m not that much of a heathen!

Personally, I prefer to sport facial hair. So much so that I’ve left instructions that when I pass on from this vale of tears the urn bearing my ashes adorns a false beard. Unless beard glue does somehow make its way onto the shelves at perfumeries by then; in which case I want my own jawline hair follicles can be utilised.

I’m writing this prose in a coffee house at a south Leeds shopping centre. I’ll be leaving shortly for the emergency appointment I’ve got at my dentists. Over the weekend about a quarter of one of my molars detached while I was eating my dinner. Strangely, I’m not experiencing any pain from it, but as I’m going away for a two week vacation on Friday I want it checked out/repairing.