Owners of canines often submit that a man’s best friend is his dog. However, I’d argue it’s a deeply flawed claim as my best friend is Eddie Fluet from Compton Street, Drighlington. Dog owners may counter this claim, making the observation I haven’t got a mutt, and if I did I’d be so enamoured with my pet Eddie would soon be number two in behind Rover in my buddy picking order.

I’d argue back, though, that if I owed a dog I’d never label him Rover.

Or for that manner burden a canine with the title Tiddles, Eric, Edgy, Specsavers, Trevor, Annabel, Donner Kebab, Calgary Olympic Park, Brisbane Cricket Ground, Bob, Gloria, Entrecôte Steak, Caesar Salad, Eddie, Shoebox……. Ok! Ok! You get it!!….. No need to shout!….. I only wanted to chronicle for you my beloved reader all of the monikers I wouldn’t call a pet dog – Yes I know it’d be a lot easier if I’d have just told you I’d call him Alan.

As I’ve never owned a dog, I’m unable to proffer with any real insight whether Alan would usurp Eddie Fluet at the pinnacle of my best buddy list. Mind you, Al would have a job on his hands to reach that pal plateau.

After all Eddie, or One Fluet Over The Cuckoo’s Nest as I sometimes ‘hilariously’ label him, curries favour by regularly providing me with discounted beer and Marmite flavoured crisps. A perk gained from his role as security guard at Cleckheaton Beer & Marmite Crisp Emporium.

I’d like to think my security guard pal doesn’t steal his alcohol and snack bounty. However, I follow the advocacy of members of the Greenock Ask No Questions & Tell No Lies Society, whereby I……. errr…… well, ask no questions so cannot be furnished with any lies.

Dog owners may contend that Eddie Fluet sounds like a pretty dodgy acquaintance.   Asserting that Alan would be a far better bet as a best buddy. Submitting that for a start off the dog wouldn’t potentially expose me to being implicating in a crime……. Well, unless of course my new dog was a habitual felon with a rap sheet as long as his lead!

I’d need to be careful. For example, if Alan had a penchant for stealing food from a grocers chill cabinets and fleeing the store without making financial recompense, it’ll be me who’s liable for the crime under UK criminal edicts. Sparing the dog being held at her majesty’s pleasure, but potentially exposing me too conviction. 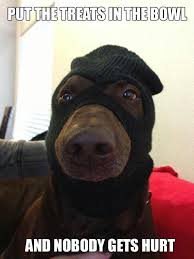 Alan would be punished with his life for sheep worrying, murder or perhaps if it was proved he was the mastermind behind an armed robbery. For the pettier crimes, though, he’d have carte blanche to run havoc and possibly drop me right in the s**t. Making him every bit as troublesome a friend as Eddie Fluet.

Actually, on balance I’ve concluded Eddie Fluet and Alan can go b*ll*cks!…… Being in their company is just not worth potential exposure to hassle with the law. I’ve decided that from this juncture my next door neighbour Mike Wells is my best mate….. Oh, hold on a minute, what’s that cop car doing parked outside his house?!

Off The Scale Tension

Sunday witnessed a productive few hours from yours truly. It’s watch seeing a much needed garden maintenance shift, scribing of a narrative, the cooking of dinner, along with creating my […]
Off The Scale Tension

It was around 2pm on an overcast West Yorkshire Saturday afternoon. In a barbers shop seat a middle aged northern Englishman, who’d not had a haircut for sixteen weeks, sits in […]
Hair Today, Gone Tomorrow!

I’d a bizarre dream overnight during which I ventured to the upmarket Cote d’Azure town of Nice in a recreational vehicle (RV) I’d constructed from wood. You’ll be unsurprised my […]
An Uncomfortable Journey