No network connection at my local Costa has deprived me of access to the editing facility on my website writesaidfred.org . A frustrating event, although one of minimal inconvenience when taking into account the existential detritus I ordinarily contend with.

That being said, irritatingly it’s yet another recent example of electronic device issues hindering my ability to quill my prose. Incidents manifesting my paranoia spirits of late essayists and poets mischievously walk among us. Their message to yours truly “Enough is enough, Gary!….. You’ve had your fun, time to quit the penmanship and get yourself a proper hobby like cheese construction, or the annexing of Eastern European states!”

Notions leading to turmoil and uncertainty in my mind. Subsequently, pondering how I respond to the pedantic spirits who tut at poor grammar, cross my ‘i’s’ and dot my ’t’s’ ***, along admonishing me for the bastardisation of split-infinites in essay.

*** – Incidentally, I deliberately mixed up that adage.

People may question how I know about these literary ghouls. Potentially enquiring “Do you see dead people like that kid in the movie Sixth Sense, Strachan?”  To which I’d respond “Of course not, but in a fictional narrative, creativity and artistic licence grant me carte blanche to pretend they do.” 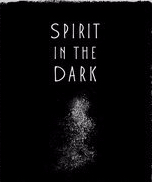 Amongst the creative dead is 19th century Tipton poet Gladstone Disraeli. A bard whose critically acclaimed sonnets, written in the squalor of his West Midlands cellar flat, include ‘Rats, Rats & More Rats’ and ‘I Wish They’d Hurry Up An Install Inside Toilets‘.

Akin to movie/TV director Ken Loach’s kitchen sink dramas in the 1960’s/70’s, Gladdis (as he was known by the Birmingham chattering classes) raised the profile of 19th century lower class poverty with seminal poems describing existences overwhelmed by grime, disease and misery.

Stark words that on one occasion moved a member of the local gentry to present him with six rolls of toilet paper and a swan’s feather writing quill. Materials he utilised to journal his final verses…… Or at least it would’ve done if he’d also have provided him with a jar of ink!

The following being Gladstone Disraeli’s moving last sonnet ‘No More, No Less‘; penned in his own blood while laying moribund on his deathbed:-

No more, no less.

Fear no companion at impending fate.

Soon to depart this existential farce.

Artistically fulfilled; minus two ha’pennies to scratch my arse!

It is said the late 20th century English comedian Les Dawson’s erudite, lengthy monologues with a comedic twist were heavily influenced by Gladdis’ creative style. Dawson a major exponent of the ‘sting in the tail’ punchline and self-depreciation exhibited by the Tipton poet.

Not all of Gladstone Disraeli’s poems were as morbid as the melancholic sonnet penned on his deathbed. Although, in his defence, you can hardly blame a guy for not being ‘chipper’ when moribund and delusional with fever.

Among the more cheerful poetic refrains was his cup half-full offering titled ‘It Could Be Worse, Guvnor!’ – Verse created during the West Midlander’s literary zenith. Locutions speaking of Gladdis’ realisation his wasn’t a happy lot, but acceptance his existence was less stark than many contemporaries. Words expressing the following observations:-

It could be worse, guvnor

Mere crumbs from the peers table; bounty, though, which usurps my peers.

An affinity with the trinity feeds my divinity.

Greed get thyself behind me with diablo.

Not a category that bore many other candidates, other than Russell Gascoyne-Cecil whose creative wherewithal was said by the same critics to be akin to contents of the London sewage system. That being said about Gladdis’ achievement, an accolade is an accolade; and if you don’t believe me just ask the Micklefield Accolade Is An Accolade Society.

Anyway, I’ve at last got wifi access back. Time to transcribe these 735 words into a format which I can publish on writesaidfred.org.