I recall my first day at Oakfield Junior School in Gateshead as a daunting experience. Yours truly a shy five years old who, like most kids of that vintage, was often labelled by adults as only standing knee high to a grasshopper.

At that time it wasn’t an adage I ever really appreciated. After all, although I was a bit of a short arse, I’d never seen a grasshopper whose knee joint mirrored my height of around 4 foot……. An example of my occasional youthful over-sensitivity towards a whimsical quip aimed in my direction.

It wasn’t that I didn’t like adults ‘winding me up’, but even at that young age I was of the opinion that if you want to take the piss out of me at least make the effort for the putdown to bear some degree of accuracy.

As I walked through the gate at only knee high to a grasshopper boy (I’m over it now) in my shorts and collared t-shirt, over my shoulder laid a duffle bag containing a banana, jotter and a big bag of iced gems.

‘Necessities’ provided by my doting mother, who’d taken a rare break from the regular morning bollocking of my younger brother Ian for trying to eat cornflake via his lugs, ensuring I was suitably prepared for my inaugural day at primary school.

As my mum hadn’t included a pen to accompany the duffle bag residing jotter, I formulated a contingency plan of used the banana as a writing instrument should my new teacher not provide a biro/pencil. Although, as it turned out, I didn’t need the jotter or a pen (or banana) on that big day.

In the half century since that day I’ve never been inquisitive enough to test how effective a banana would’ve been as a writing implement. An indifference probably borne from the fact I mooted even if a banana was fit for purpose as a substitute biro/pencil the comparative costs made the idiosyncratic alternative less cost effective. 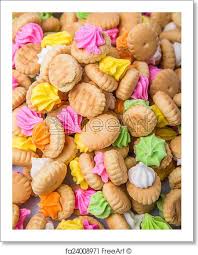 Although the other contents of my duffle bag weren’t required that day***, the big bag of iced gem biscuits were hastily scoffed during playtime. My new classmates helping me dispose of the highly sweetened snacks in record time. Returning back into class where my massive sugar high manifested a hallucination the teacher, Mrs Edwards, had morphed into deputy head Mr Dobson.

*** – As well as not utilising the banana as a writing instrument, I didn’t fancy troughing it either.

To be honest, that vague 50 year old memory of my hallucination is probably wide of the mark. In reality it probably was just Mr Dobson covering for Mrs E for the final lesson of the day.

I’m also unsure how my classmates and I managed to eat the biscuits on the playground as I’m pretty sure schools banned you from eating sweets/biscuits during school hours. I can only assume we sneaked them surreptitiously into our gobs directly from my duffle bag. Clandestinely avoiding the gaze of teacher Mr Downie who was walking around the schoolyard ensuring good pupil behaviour.

Mr Downie the bearded tutor who taught one of the older classes and played piano in assembly at Oakfield Junior School. From memory he was a whimsical man who was keen on amateur dramatics. A decent enough man sadly held back in his teaching career by his Achilles heel of an inability to spot pupils eating iced gems during break time.

Although ordinarily an accomplished pianist, for some reason the facially hirsute teacher’s assembly-time arrangement of Morning Was Broken sounded more like the piano was broken.