Birtley Baths in the 1970’s, destination of my infrequent childhood swimming trips; the pool I’d venture to when seeking chlorine induced red eyes or veruccas. I realise it’s unusual to seek out those afflictions, but my mum had a strange approach to keeping up with the Jones’. Seeking not to miss out on anything the neighbours had acquired, good or bad.

As indicated my sojourns to sample the joys of swimming were sporadic at best. Although loving most sports, swimming, running and passing the ball at football were the three leisure activities I wasn’t enamoured with in childhood. Consequently, I attempted to avoid trips to the natatorium like the plague. Sadly, not only did I sporadically fail at dodging unwanted pool time, but to rub salt in the wound I also twice contracted the plague.

I fully understand the necessity to learn to swim, which I did at Musgrave Baths during Thursday afternoon swimming lessons facilitated by Breckenbeds Junior High School. I was eleven years old when I first swam a length of Musgrave swimming pool. An old baths with Victorian style changing cubicles running in parallel either side of the water. An achievement I later concluded would’ve looked more authentic if I’d have adorned the following garb:- 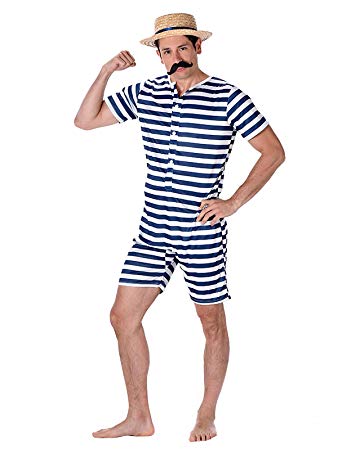 To be totally honest I’m not even 100% certain that the Victorian baths where I attained my first swimming certificate was definitely called Musgrave Baths. I’m pretty sure in the mid 70’s there was a Musgrave and a Mulgrave baths in Gateshead, and as I think Mulgrave was in Felling by the process of elimination the swimming pool Breckenbeds took us in the west of the borough must’ve been Musgrave.

I’ve vague recollections of my brother Ian and me been taken to Whickham Baths by a friends dad on Friday evenings. However, although grateful for Gavin Jones’ dad’s *** kindness, like a childhood visit to watch a pantomime, I never got the enjoyment of messing about in a swimming pool. My mantra then was give me a football or a cricket bat anytime, but spare me the hour of getting ever redder eyes and wondering what the ‘No Heavy Petting’ meant on the poolside poster.

*** – Not members of the Jones family with who my mum was so desperate to keep up with.

I think our kid was as equally indifferent about swimming as I was in our fledgling years. Like me, Ian was a decent footballer and cricket, we both represented Gateshead schools at cricket in our teens, but the isolated nature of swimming didn’t raise the endorphin levels in the way partaking in team sports did……. That would’ve only come if we’d have been good enough to be involved in races; which we weren’t.

In the early to mid-70’s I’d occasionally go swimming at Shipcote Baths in Gateshead after school. Ordinarily with a mate called Nidgy Cusack who lived on Dartmouth Ave, the street below mine on Low Fell’s Chowdene estate.

I don’t recollect a great deal about those occasional Shipcote sessions with Nidgy, apart from it was unusual to go swimming of my own free will, Shipcote had the same no heavy petting edict as Musgrave and that afterwards we’d call for a gravy sandwich at the nearby cafe.

As I said at the start of this narrative, the majority of these infrequent childhood visits where to Birtley which was slightly closer to my Low Fell home than Shipcote was to the north. Birtley was also a newer pool with state of the art floating aids. By that I mean they’d not had as many slow punctures as the Shipcote inflated armbands.

My wife is from Birtley. That’s got absolutely nothing to do with this blog, but I thought I’d let you know on the very off-chance you ever get that as a question in a pub quiz. 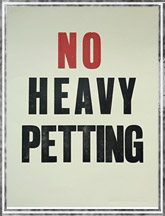