I’m sitting having lunch alfresco as I quill this quixotic qualitied chronicle. A mushroom and ham pizza, along with a refreshing cider shandy with ice the accomplices to my crime against literature.

Unlike an egg, you can’t beat an mushroom and ham pizza – A topping invented by god because he found a meat feast too filling, and the jalapeno spicy hot version gave him terrible heartburn. A fact worth remembering in the event you invite the main man round to the annual pizza and wine party at your gaff…… It’s also worth knowing his wine of choice is chianti, also he prefers his garlic bread al dente.

I’d like to clarify, I’m a god fearing man and am in no way mocking all things ecclesiastical in the ramblings above. As a child I was a regular church goer. The first minister I recall at our church in Gateshead (Cromer Avenue United Reform) was, like my family, originally from Leeds, West Yorkshire.

It was the fact Reverend Parker was a Leeds United fan that convinced me as a young boy that our Lord above also supported my beloved team. Sending Rev Parker out to spread the good word to his flock wearing blue number 8 sock tags and donning a early 70’s Leeds tracksuit with ‘Parker’ emblazoned on it’s back. Selling Leeds United to his Gateshead congregation was no easy task, but he was a popular man nevertheless.

I hastily revised my opinion about god being a Leeds fan when, in the summer of 1973 we lost two cup finals (the FA Cup and European Cup Winners Cup) in quick succession. In these contemporary football times, I’m absolutely certain he isn’t a Leeds fan.

Rev Parker moved back to West Yorkshire in the mid-1970’s. A transfer unrelated to him unsuccessfully tabling a motion with the Anglican church for the introduction of an 11th commandment. Consequently, ‘Thou shalt not book Norman Hunter for a two footed challenge’ was never adopted by the General Synod.

The circumstances my family have endured during the last seven years (which I’m not going to chronicle in this narrative) have led me to question my spiritual faith. Mainly because I find it hard to reconcile the fact that the most torrid existential events seem to afflict the nicest people, whereas the less fragrant seem to dodge the raindrops of suffering.

Anyhow, that’s my interpretation of how karma seems to have lost it’s way in these self-entitled and over-indulgent times. In reality, the less selfless amongst us will have equally as bad a luck. It just doesn’t appear so as they don’t step up when the detritus hits the fan.

My days of perching on a pew each Sunday morning ended in late childhood. It coincided with the words of the Lords Prayer being updated. To be clear, not being part of the decision making process for the amended the wording wasn’t the reason I ceased attending church.

If memory serves me correct, it was when I started a full-time job at 16 – Consequently opining I ‘desperately needed’ a Sunday morning lie-in. I probably didn’t require that extra time in bed, but clearly didn’t feel spiritually engaged at that time, using weekend recuperation as an excuse.

No longer crossing a church’s threshold has been a lifestyle choice since 1979,  remaining with me until the present day. Apart from weddings, funerals, christenings and voting in elections.

At this point, I don’t know where I’m going with this blog, probably the road to hell and damnation. My pizza and shandy were consumed long ago and the breeze has picked up since my fictional ecclesiastical silliness. I only hope it’s not a commencement of the holy trinity’s wrath I’m currently experiencing.

If that is the case, I’m hoping my dad’s affable disposition can gain redemption for his ‘lost’ son. If that fails I’ll turn up at the Pearly Gates with a ham and mushroom pizza, along with a bottle of chianti…… Hopefully then I’ll be reet! 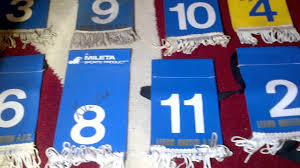