Wednesday 18th April – After a night kipping over at mater’s abode, it was an early reveille for yours truly today to undertake my usual Wednesday morning voluntary work at Wakefield Hospice warehouse.

This gratis labour my small gesture towards thanking the people who so splendidly cared, supported and comforted my family during his final days of my father’s life.

On departure from mother’s Wakefield residence I felt fatigued – Tiredness resultant  from being woken at 4am by a scratching noise coming from the area of the room’s vertical blinds. My initial reaction to these sounds of abrasion were a squirrel was attempting to navigate it’s way through the aforementioned window covering.

A matter of half a minute later, when more compos mentis, I revisited this conclusion.   Judging the irritating audio to be merely the breeze passing through an open window, causing the blinds to sporadically brush against the uPVC window frame – With that personal reassurance I returned my head to the pillow I’d leapt up from minutes earlier.

Although annoyed I’d woken at this ungodly hour, I refused to admonish myself for over-reacting to the noise. Concluding that my reaction was normal, if not inevitable.

After all, being a light sleeper, my ‘fight or flight’ response would kick in at being disturbed in that way. Unless, of course, I could train my subconscious mind to differentiate between the sound of a blind coming into contact with a squirrel, in comparison to a uPVC window frame.

Following an hour of pondering whether it would be beneficial to train my subconscious mind the difference noises made by blinds colliding with a squirrel and uPVC, I fell back into slumber. Only re-awakening when my alarm clock beeped at 7am.

In my disorientated state I mistook that for the beeping sound a reversing van – Causing me to jump out of bed in a startled state screaming “Stop!!….. Stop!!….. you’ll run me over, you chuffing half-wit!”

On realising it was indeed the beep of my alarm, I switched it off, before heading sheepishly into the en suite shower room. On entering that chamber I was further startled when a mirror reflection showed I’d woken with a squirrel on my head. 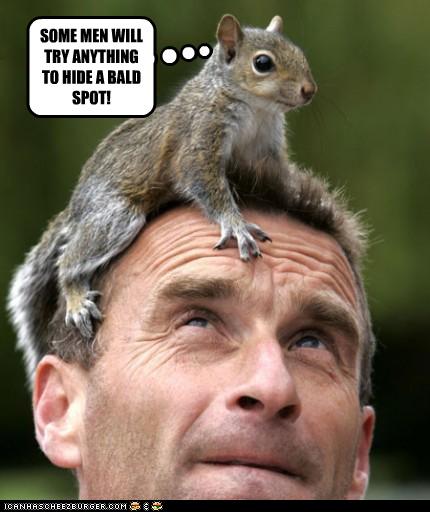 Despite my inadequate slumber, it was with a spring in my step and squirrel headwear bathed in our capricious sunshine, I set off towards the Thornes Park area of Wakefield – Locale of the hospice warehouse.

This the hub where core donations are received, sorted and made ready for onward distribution to the charity’s retail outlets. A key component in the fund raising chain, crucially contributing to financing this end of life facility – An invaluable sanctuary of support for my moribund father’s brood during those five dark October days in 2017.

My role during the four hours a week spent with warehouse staff is driver’s assistant. The remit to assist in delivering stock and collecting donations/returns from the hospice’s five shops – Along with the occasional delivery or collection to/from domestic abodes.

I take a great many positives from the few hours I spare on a Wednesday morning. Spiritual growth, increased self-worth, exercise and engaging with people of humanity to name a few – Additionally, my new pet squirrel Bernard seems pretty popular with my fellow workers and is proving invaluable at hiding my bald patch!