As uninvited daily intruders that add little to our existence, unsought distractions have an ever increasing influence on my capriciousness.

This can be in the form of an untimely phone call from Geraldine Thompson in Mumbai offering to get me compensation for my recent accident (which I didn’t have). Or a phishing email asking me to disclose my bank details for a financial institution I don’t patronise.

Of late, I’ve been known to get decidedly irritable if exposed to these diversions, especially  while attempting to concentrate on a particular topic or task. The driving force behind this being losing my thread can result in a downward spiral mentally.

An undesirable state where my mind becomes completely blank. Like a credit card rendered useless when degaussed by a strong magnetic field, all cognitive data required to function meaningfully becomes conspicuous by its absence.

Subsequently, panic ensues in Gary Strachan’s neurological corridors, like a non-swimmer metaphorically and factually  thrown in at the deep end.

This consternation heightened by being unable to recollect the subject at hand before I’d been rudely interrupted by Geraldine. Unable to formulate a comprehensible word or deed, I seek divine intervention by praying in the frontier gibberish dialect adopted by my wife’s father.

This seeking of spiritual intervention tends to bring a serenity that restores calm and lucidity of thought. It’s amazing the positive results you can achieve by praying to Oprah Winfrey.

At this juncture, my actions and thoughts take on an altogether more collected form. I tell myself that unless Geraldine from Mumbai rings back, under her new name of Mavis Crabtree,  I should be in safe waters from an irritability perspective.

I further muse, it will take something outstandingly distracting now to diverted me from the job in hand.

I’m talking a major diversion. Something of the magnitude of a passing fragrant woman or next doors cat unexpectedly playing a duck whistle on my front lawn……. I say unexpectedly as the moggy normally plays the tuba. 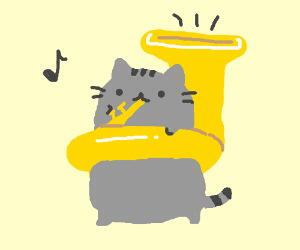 I was inspired to write about distractions yesterday evening, sitting in my living room wearing headphones while watching YouTube clips  on my laptop.

Beside me on the sofa was my wife Karen, who’d just sat down after ironing the roast beef joint she’d purchased for tomorrow’s dinner.

With the silverside cut of meat perched wrinkle free on the ironing board, Karen spent the next hour or so watching TV. She interspersed her viewing experience asking me questions, which I couldn’t hear as I was wearing headphones.

As I was having to constantly having to remove the aforementioned ear speakers to respond to her inquisitions, I eventually found this an incredibly irritating experience.

On the third interruption by my missus, which was to point out how big the woman’s nose was on a interior design program, I lost patience.

Frustrated at being unable to watch the video clips in peace, I slipped off the headphones and logged out of my laptop, sighing like an over-indulged child.

I soon perked up though as, on removing my headphones, the distinctive sound of the neighbours cat parping the tuba began emanating from the front garden.