I’m fairly pragmatic about the whole Brexit debacle. Like with most things political, the bar for my expectations of our elected representatives behaviour, integrity and capability isn’t set that high.

Although often saddened, I’m rarely surprised by a tawdry act or misleading comment from the custodians of our bills and legislation. A point graphically borne out with the £350 million a week we were told “could” boost the NHS coffers during Brexit campaigning, which is unlikely to ever materialise after the fact.

Being a cynical middle aged bloke with no particular affiliation to any political party or ideology, I ordinarily try not to let politics influence my emotions either one way or the other.

That being said, yesterdays news of a possible Marmite shortage has seriously riled me. This unacceptable situation is a distinct possibility due to manufacturers passing on costs sustained after  the £’s value plummeted against the $. This currency instability the result from post-Brexit uncertainty in the money markets.

During campaigning, I never saw one mention of a potential vegemite shortage should Blighty decide to go it alone. It wouldn’t have changed my vote, but at least it would have allowed me to stock pile the savoury spread that regularly adorns my breakfast toast.

A topping that splits the nations sensitivities, I know many people who think I’m a heathen for even countenancing the idea of ingesting what they deem to be the devils spread of choice.

At the time, I didn’t really understand what he was talking about, but nevertheless nodded back at him to dishonestly indicate I’d understood the meaning of the words of wisdom he’d just bequeathed me.

Shortly after he’d imparted those words, the Blackpool police arrived, dragged him from the South Pier and arrested him for urinating in a public place and the reckless wearing of a ‘Kiss Me Quick’ hat.

A couple of hours later, my dad got released with a warning, however the ‘Kiss Me Quick’ hat was jailed for 15 years for its part in the 1963 Great Train Robbery. 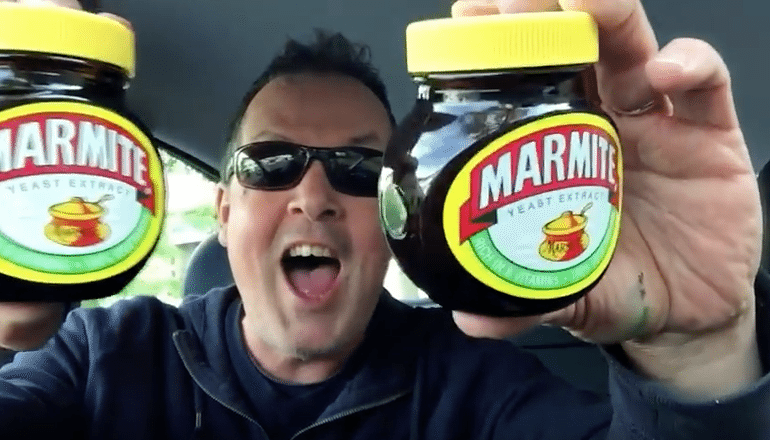 Anyway, I’ve just read some heartening news during my research (yes, believe it or not I do research when I write this nonsense). According to the website marmiteischuffinggreat.com, the manufacturer and retailer who were having the dispute over the pricing of Marmite have reached an mutually beneficial agreement.

The relief I feel is, I imagine, similar to that of the people of the western world when US president JFK and Russian leader Nikita Khruschev brokered a deal during the Cuban Missile Crisis to avoid war in 1962.

Who says there are no more good news stories in the world?!