As with Tuesday, I only have an hour to write today’s blog, as I’m driving over to my dad’s again to undertake further treatment of his fences.

So I have until 10am to wax lyric about an as yet unthought of topic, edit it and publish on my website! No pressure then, Gary!

If I falter I’ll fail a business objective and be answerable to key stakeholders, shareholders and the Anti-Procrastination Society.

While seeking inspiration, my breakfast of marmite on toast stares back at me forlornly. The vegemite spread, whose palatability divides opinion as much as Donald Trump does in the US (or indeed the developed world), has congealed with the low fat margarine on my toast as it cooled.

Its an unappetising sight, but remains my breakfast of choice, after a full English breakfast. The appearance of malady will not distract me in my quest to ensure the British public fully embrace marmite, giving it a justified fair ‘rub of the green’.

I hold my hands up and admit with its dark brown façade, it isn’t the most  aesthetically pleasing accompaniment to toasted bread, however, I remain sanguine the palate enlivening taste will see this misunderstood spread achieves the respect it deserves.

I’m 20 minutes into this blog now. With 40 minutes left I better ‘get my skates on’ to ensure I don’t breach my deadline.

Marmite on toast isn’t the only thing accompanying me on my makeshift writing table, A glass of water and the medications of middle age also adorn this table a ecrire. Amongst the medication is Niagra. No, I don’t mean Viagra, it’s called Niagra; a tablet that is alleged would stop me going for a pee so often through the night!

I can proudly say I’ve no need for Viagra!…..  I’m celibate!

30 minutes and counting! Balls, I’m going to have to waste precious minutes going to pee…… Damn you Niagra and your supposed urine flow suppression qualities!

I’m back now, and yes I’ve washed my hands…. I’m know I’m up against time but that doesn’t make me a mucky so and so! 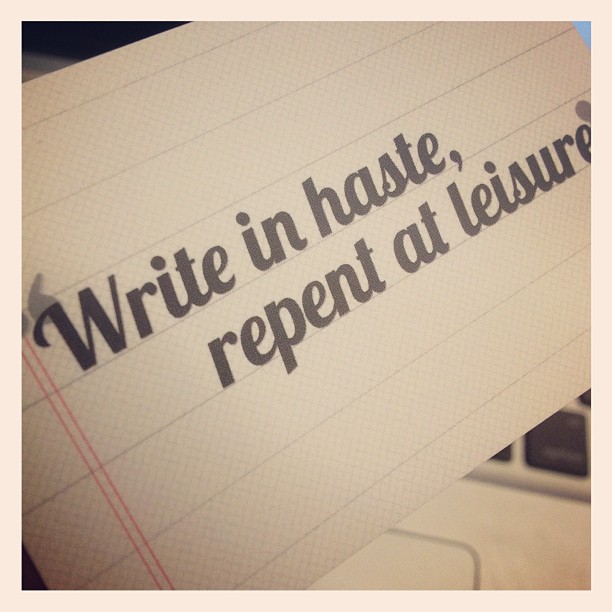 The concentration levels I require to pen this aren’t being helped by Karen’s chat with her friend over the phone. Normally a unassuming woman of quiet tones, my wife for some reason ramps up the volume of her voice by several decibels when talking on a telephone.

I can only assume it’s fall out from her phone conversations with her mum, who is hard of hearing. The dialogue between the two isn’t helped by the fact her mum’s old hearing aid is no longer fit for purpose.

Her mum has got a new hearing aid, however she told Karen she doesn’t utilise this new updated version on the phone as “I’m saving it for best!”

So in a nutshell, if Karen wants a conversation during which her mum can hear her and impart words of wisdom back to her daughter, she needs to ring her when her mater is out at the golf club or at her divinity classes.

On those occasions, she sits in her furs discussing new water boarding techniques and how to mask the smell of bleach in your husband’s tea!

Right I’m going to have to bring this narrative to a swift conclusion, as I have 7 minutes to edit, add pictures and publish.