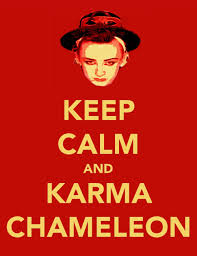 The other day, someone asked what I find the most challenging part of being the carer of a partner with an incurable illness .

That isn’t an easy question to answer, after all there are several challenging elements to this rollercoaster ride. There are a myriad of emotions I regularly go through, including anger, frustration, bitterness and profound sadness. Very few positives cross my mind on the bad days!

If pressed, I have to say the hardest thing to endure is the sheer and utter helplessness I feel at times. The fact that, apart from loving words, comforting and doing chores, there is absolutely nothing tangible I can do during Karen’s tougher days to alleviate her distress.

This feeling of helplessness is the trigger for the emotions I mention above to manifest themselves. To be clear, my anger isn’t about my suffering. I deserve everything I get, but Karen doesn’t deserve this or the woeful lack of support from certain family members of hers.

My perceived injustice about the whole situation is one of the many contributing factors to my current anger. I realise it is a futile, self destructive and unhelpful emotion which only hurts me. However, I’m really struggling to get rid of this unwelcome impostor at the moment

I find blogging in a more light hearted fashion a helpful distraction, so I  think it maybe prudent to change the subject pronto!

Yesterday, saw the anniversary of the death of the Æthelstan, who modern historians class as the first English king, The year was 939 AD and stone cladding of castles had just been outlawed, along with indigestion and telling jokes about wizard’s sleeves!

How did Æthelstan become our first king? I’ve no idea, unless I Wikipedia it (which I’m not going to), but I suspect it wasn’t as unorthodox as the fabled coronation of King Arthur, in similar medieval times. 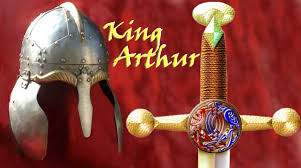 In one of my favourite scenes from Monty Python’s Holy Grail, their take on the legend of Arthur Pendragon’s ascension to king is played out as follows:-

Scene: In an open field King Arthur chats to peasants, who busy themselves collecting mud…………………….

Woman peasant – “I didn’t vote for you.”

Arthur – “The Lady of the Lake,… [angels sing] …her arm clad in the purest shimmering samite, held aloft Excalibur from the bosom of the water, signifying by divine providence that I, Arthur, was to carry Excalibur. [singing stops] THAT is why I’m your king!”

Dennis (another peasant) – “Listen, strange women, lyin’ in ponds, distributin’ swords is no basis for a system of government. SUPREME executive power derives from a mandate of the masses, not from some farcical aquatic ceremony.”

The real truth around the legend of King Arthur is a subject of much debate amongst historians. Several different accounts of the tale, from medieval times onwards, do nothing but cloud the truth of Arthur Pendragon’s story.

Unanswered queries like what was the truth behind the reputed kings legend? Was Camelot a myth? What was the story of the Holy Grail? Did Lancelot buy his underpants from Marks & Spencers? These are all questions the inquiring mind of George the trolley collector, at my local store, couldn’t give a toss about!

If the King Arthur legend has any truth to it, I’d personally wager the bit about him being made king during an aquatic ceremony is wide of the mark. I’d also say the bit about Merlin the Wizard turning people into toads (as portrayed in the Disney animation Sword in the Stone), is also probably untrue!

Who am I, though, to dispel these tales of King Arthur. A man who, legend has it, led the defence of England from Saxon invaders several centuries ago.

After all, I’m just a simple bloke from the north of England whose hobbies are growing bodily hair and writing! Even if you don’t like my writing, you have to give kudos for my body hair growth achievements!

This autumnal morning, I gaze upon a cornucopia of colours; with vivid browns, ambers, greens and reds all vying to catch my eye. That’s not outside by the way, it was the sight looking back from the mirror this morning!……. I’m going to have to stop using toothpaste as shaving cream!

I’ve titled this blog after a 1983 hit song Karma Chameleon by the band Culture Club. It didn’t write it with the lyric meaning in mind more the fact its about karma, which I raise below.

However, during the research for this, I did read singer Boy George’s explanation of the songs meaning. He disclosed:-

“The song is about the terrible fear of alienation that people have, the fear of standing up for one thing. It’s about trying to suck up to everybody. Basically, if you aren’t true, if you don’t act like you feel, then you get Karma-justice, that’s nature’s way of paying you back”

As I have mentioned previously, I’m very sceptical about the existence of karma. My thoughts on the karma bus is that its a heap of crap! I come to this conclusion as some of the nicest, loving and caring people I know have got the toughest, most enduring situations to deal with. Not just now, but in the past and to come in the future.

That being said, I thought it was an interesting take on the retributive cosmic principle, that many do believe in. 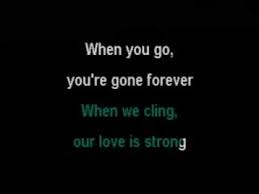 Right, I’m off to get ready. I have a day of chauffeuring and saying “Stop flipping raining!” beckoning me!