For today’s observations from COVID-19 induced gaol, I’m going to predominantly take a back seat and instead let you read the insightful poetry of Paul Heaton; taken from a refrain he and band The Housemartins released in 1986.

This prose clearly not written forecasting 2020’s apocalyptic events; after all, despite being a very insightful fella, I’d venture Mr H’s curriculum vitae doesn’t include soothsayer amongst his skillset…… If by any chance you’ve the wherewithal to make forensically accurate life event predictions, Paul, can you give me some idea when I’ll be able to leave this chuffing house again? 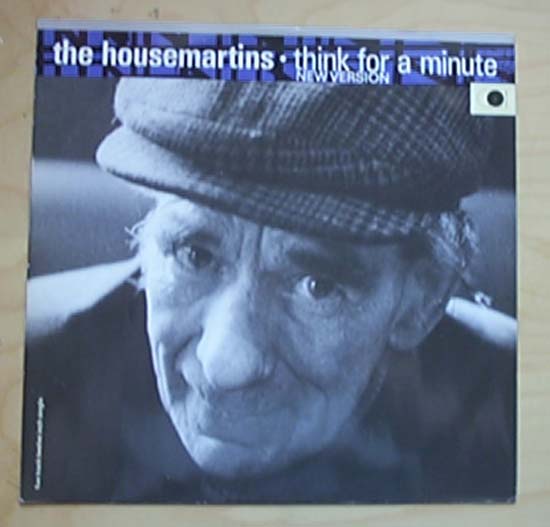 As alluded to above, the mid-1980’s penned lyrics of ‘Think For A Minute’ are Paul Heaton’s observations about proletarian existence thirty five years ago. That being said, watching a social media clip of the song played to a video backdrop of life in COVID-19 times, highlighted to me how his observations bear comparison with prevailing global lifestyles.

To be clear, I’ve no creative input in any shape or form with the video which inspired this narrative. However, I felt the insightful individual(s) who thought of and produced it deserved kudos and mention in despatches.

Anyhow, I’ll belt up now and let you enjoy Paul Heaton’s social observations of 1980’s Britain, which could very easily be have written as a snapshot of 2020 existence:-

“Something’s going on, a change is taking place
Children smiling in the street have gone without a trace
This street used to be full, it used to make me smile
And now it seems that everyone is walking single file

I always said it could, they never thought it would
The people look so pitiful, I’m thinking that it should
And now it’s almost here, now its on its way
I can’t help saying told you so and have a nice final day