This morning, during an aimless meander through the oft idiotic observations which ‘grace’ the annals (or should that be anals?) of Twitter, I stumbled upon a thought-provoking YouTube submission. This compelling listen the words of an A&E doctor during a rare break from his hectic workload at a London hospital.

During a telephone conversation with an LBC presenter, he spoke eloquently and emotively, pleading with the populace to avoid taking unnecessary journeys. His agenda that of slowing the spread of COVID-19.

The medic warning these edicts from government and medical experts, designed to buffer the impact on the National Health Service (NHS), weren’t empty warnings. Consequently, failure to adhere to them significantly worsened the situation from both escalation of the virus, along with the NHS’s ability to support all admissions.

Only time will tell whether this plea falls on deaf ears. I suppose there’ll be many in the ‘I mustn’t be inconvenienced’ brigade who’ll no doubt have misguided thoughts that this doesn’t apply to them. Deeming they possess constitutions as strong as their ingrained stubbornness against adhering to authority and common sense; even in the starkest of times.

These individuals proving unequivocally that late US writer Edgar Watson Howe had a point when positing “A man will do more for his stubbornness than for his religion or his country.

The above a far more erudite proffering than Frankie Hardcase from Cleckington who’s oft heard to confrontationally bark “No f***er gonna tell me what I can and can’t do!” Under this current grim global situation, the latter idiotic approach is almost tantamount to manslaughter. Their wanton recklessness endangering many, including the medical staff required to treat them if they’re hospitalised from contracting the COVID-19 virus. 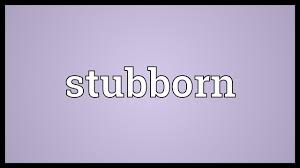 Once the wrath of this potentially lethal virus’s been quelled, or at the very least significantly suppressed, I hope the much maligned NHS and it’s oft under the cosh workers are rewarded heartily for their efforts through this pandemics darkness. If nothing else for putting their own lives at risk everyday this Godforsaken pathogen reigns supreme.

By rewarded heartily I don’t mean just from a financial perspective, but also from a position of the dignity and respect afforded to them by government and patients. We all owe these people big style!!….. Yes, that includes you in the ‘I mustn’t be inconvenienced’ brigade who whinges like hell when made to wait to be assessed or treated for free by a medic.

Anyhow, enough of my ranting. On concluding this polemic, I intend to lighten the literary atmosphere by sharing a little whimsy with a gag which earlier manifested from deep within my neurological corridors.

One of my hard of hearing acquaintances has taken to wearing four anoraks and multiple pairs of trousers around the home during this coronavirus malarkey….. Apparently he’s following government advice and self-insulating!!