Lately, I’ve regularly been accompanied with a background narration from an audio book. A literary entertainment medium which I’ve found solves the erratic concentration levels I experience when physically reading a hardback or paperback tome.

Predominantly streamed while I’m driving, this method of audio delivery fuels seedling aspirations I’ve held for a few months of narrating excerpts of my writing via podcasts. Thus far, they’re notions that’ve not evolved any further than downloading a podcast creation app onto my mobile phone device; nevertheless, it’s a project I’d love to explore with greater tenacity in 2020.

As I’m two narratives short of penning and publishing 1,700 blogs on my website writesaidfred.org , I’m not short of material I could orate to any wannabe listener. Hell,   some of my penmanship is actually quite humorous, thought-provoking and emotionally moving….. Or so I’m told!

In fact yesterday my creative prolificacy with pen led to me ordering the printing of my 37th self-published book. Like all of these books they’re available to order, but as the cost of purchasing them in isolation is prohibitive (this latest one is around £30 to buy), I’d advise you not to bother….. Instead, read the stuff for nowt on my website!

I only get the prose printed out of vanity and partially because I like to possess hard copies of my work. 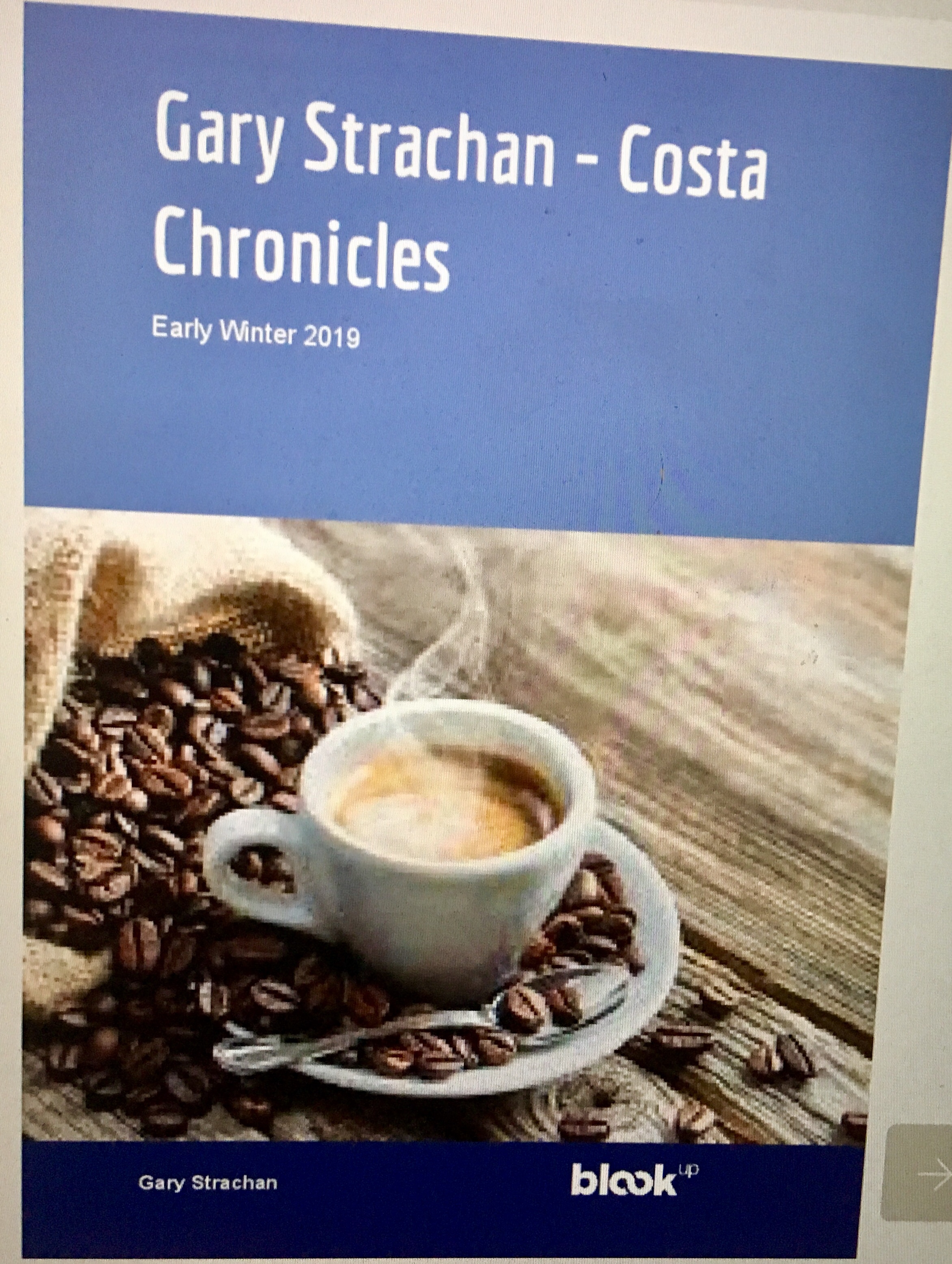 When I finally get around to it, to evolve these podcast aspirations into reality will mean identifying which of my prose translates the most successfully onto that medium. Additionally, I’d need to practise delivering the monologues, coaxing my hybrid Geordie/Yorkshire accent into effectively relaying written text into audio output that’s fit for purpose.

Although by no means the driver behind this project, the irony of GJ Strachan’s amalgamation of dialects, which on occasion has been an existential millstone around his neck, possibly securing his podcast fortune is not lost on him. It’s only a pipe dream….. But hey it’s better than not possessing any dream!

Anyhow, since inception of my interest in audio books I’ve completed listening to thoroughly entertaining autobiographies by writer/actor/raconteur Stephen Fry and comedian Frank Skinner, narrated by both performers. Quite obviously, respectively reading their own work; narrating each others art would’ve took the adjective quirky a step too far.

Consequently, I’m now party to a selection of existential events indelibly painted onto the life canvasses of two entertainers for whom I bear the utmost admiration. Among them, episodes like Skinner’s hilarious (although off colour) loss of his virginity to a prostitute called Corky, and Fry’s brief incarceration in his late teens for fraud.

One of Frank Skinner’s autobiographical recollections relating to his mate ‘not getting’ a pretty average joke brought to mind a similar story relayed to me from a guy I played cricket with in 1980’s Gateshead.

Frank’s tale involved the whimsical submission “Marmite (pronounced Ma might)!……. If pa’s lucky!” A gag the West Midland comic heard the late Sir David Frost crack which amused him and felt worthy of a retell. Despite protestations to the contrary, it was clear to Skinner his buddy was struggling to understand the punchline; something later proven when FS’s mate was overheard conveying the gag, telling the listener “Bovril!……. If pa’s lucky!