There’s a saying that, with its chromatic scenery, the county of Kent is ‘The Garden of England’. Waking to yet another day of incessant precipitation, I’ve concluded there’s something behind the cliche that Lancashire*** county is casa England’s shower tray.

*** – The county west of my home county Yorkshire, where I’m residing for a few days with a group of friends.

I’m residing in a lodge at a resort park on Morecambe town’s periphery. A well-equipped facility, whose comfort levels are such, I could easily reside here permanently…… Well, I could if it wasn’t always p***ing it down in Lancashire!

Within the group is Coco, a labrador/golden retriever cross. I’m not sure why she’s so cross; however, it can’t be through lack of food, love or walks, which she receives in abundance from her pack (the four adults present).

Seriously, though, this beautiful little canine lady is ensuring that for every pound she puts on, through her enthusiastic troughing, I lose the equivalent poundage. This achieved from the meal quantity reduction I suffer from food she’s fleeces from my plate.

Like all dogs appear to sense, she quickly sussing I was a ‘soft touch’; utilising that knowledge to take advantage of my humanity (or should that be doggity?). This enchanting, highly affectionate canine not taking long to realise a sad face and a pitiful whine render me as putty in her paws. 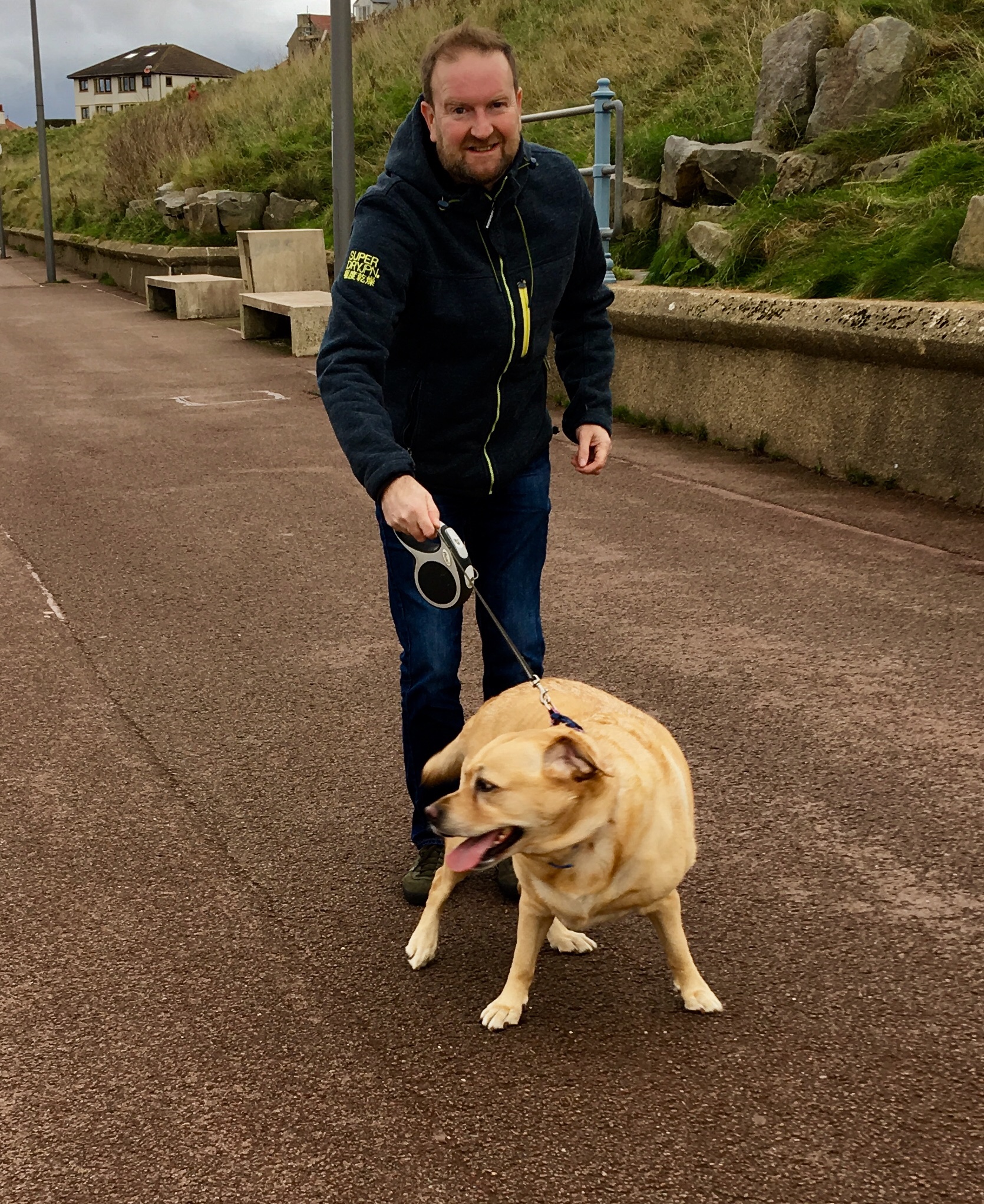 As was the case during my recent trip to Canada when Milo, Lou, Harley and Ziggy showered me with more love and affection than I received in over 30 years of marriage. Likewise Rosy the springer spaniel, whose acquaintance I made last week during my visit to Bedfordshire.

I’ve never had a dog in the 50+ years on this planet. However, in the last few months, following interactions with these six beautifully natured animals, I can only conclude I’ve missed out……. I’m late to the party with this, but after decades of being indifferent about dogs, Ive learned to love canines. Well apart from those trained to fight, diminutive yappy mutts and one’s that carried about in a handbag which I deem as wrong on so many levels.

Even if I did approve of transporting a dog in a handbag, there’s now way I’d attempt to lug my new furry friends via that particular ‘vehicle’!!……. An manoeuvre that would no doubt be frowned upon by my cardiologist, my biceps and spine – An act that’d surely lead to me suffering a hernia.

While I’m living at my mum’s I won’t be able to get myself a dog. Her utter indifference to our affectionate furry friends meaning her abode is non-dog friendly. As I’ve recently learned, though, she’s the one missing out. I’m sure if she was open to the idea, she’d find great serenity stroking a mutt whilst the soap operas, which defile chez Strachan’s TV screens on a daily basis, play out in front of her.

Do I now posit there’s nothing more affectionate, loyal and loving than a well cared for domestic dog?……. I should coco!