This morning, GJ Strachan awoke to solar rays, a fresh breeze and mystified why he was clad in a Scooby Doo fancy dress outfit. Although tired and distressed after watching Leeds Rhinos capitulate against Wigan yesterday evening, I’m pretty sure I retired to my slumber pit adorning my usual nighttime attire – A Piers Morgan onesie. Anyhow, as I’m pushed for time, I’ll leave that riddle to the animated hound and his meddling kid buddies Shaggy, Daphne, Velma and Freddie to unravel.

Upon opening my bedroom curtains, it was heartening to witness recent significant downpours had abated. Air pressure rises indicated by baroscopic readings signalling I may at last get to tend to my overgrown gardens. The flora and fauna evidently far more appreciative of the incessant rain than the West Yorkshire populous.

Before I proceed, I’d like to welcome the word baroscopic into the fold of words utilised on writesaidfred.org. It’s inaugural use has been a long time coming, which has been remiss of me. However in my defence, it’s not a locution easily incorporated into the paragraphs of the essay topics ordinarily selected.

Admittedly, though, I did miss a trick when failing to include it in a blog, written in August 2015, titled ‘Words That Nearly Rhyme With Microscopic’.

Hopefully, now I’ve used the word it will mitigate against my wife Karen questioning further the range of my vocabulary. An example of which was this disagreement we had earlier in the week:-

Karen (patronisingly)- “It’s about time you used baroscopic within the narrative of your blogs, Gary. My friends are starting to gossip, questioning the depth of your vocabulary.”

Me (defensively) – “With all due respect, Karen, my lexilogical wherewithal is far broader than your friends. Apart from Geraldine who even knows what clandescoping means…. Although I suspect it’s a made up word, akin to dragonoid and cedricacious, which she’s also fond of airing.”

Karen (countering firmly) – “According to Geraldine, dragonoid and cedricacious do exist.”

“Do they chuff!” I opined in a manner that possibly backed up Karen’s friends reservations at my vocabulary’s lack of depth.

“Nonsense!” I retorted sneeringly. Before adding “For a start off, dragon’s don’t exist! Also, I don’t for one moment believe there’s scientific proof that people named Cedric are biologically more prone to contract certain diseases than a human being of any other name.”

“What about your uncle Cedric? He died relatively young.” Karen felt moved to point out in a vain attempt to back her argument.

“Yes, but he was run over by a bus in Roundhay, not the victim of being unable to fight off an ailment as a consequence of being christened Cedric!” I blustered despairingly.

“How do you know it wasn’t his name that was the root cause of his misfortune?” my spouse continued.

“So are you seriously suggesting that because he was named Cedric the bus breaks weren’t as performant as they’d have been if he’d been named Arnold?” yours truly sought to clarify.

“Not necessarily….. I’m just saying you can’t prove it either way!” the missus argued, determined not relent with her idiosyncratic debating technique.

“Well I can’t prove that actress Margot Robbie won’t be able to climb Mount Everest in her flip-flops. But common sense dictates there’s no way that’s possible.” I tried arguing.

“But the burden of proof is with you. You can’t just write off a theory because you think it’s unlikely. You need to back your theory with facts.” Karen eloquently, but misguidedly argued.

“Ok then. So you’re saying anything, no matter how ridiculous, is possible unless proved otherwise?” I sought to clarify.

“I’m saying you’ve got to keep an open mind about whether individuals untrusting of dragons is a thing. Along with whether you need to be extra cautious health wise if you’re moniker’s Cedric.” Karen continued to fight her corner.

“What about your great uncle Cedric…. He’s 86 and never ailed a day’s sickness in his life!” I pressed, believing I was at last beginning to usurp my wife in this ridiculous debate. She paused for a moment before responding:-

“You’re right, he hadn’t….. But my dad rang earlier to say uncle Cedric was run over by a bus in Chester-Le-Street yesterday. Apparently he was attempting to escape from an imaginary dragon!” 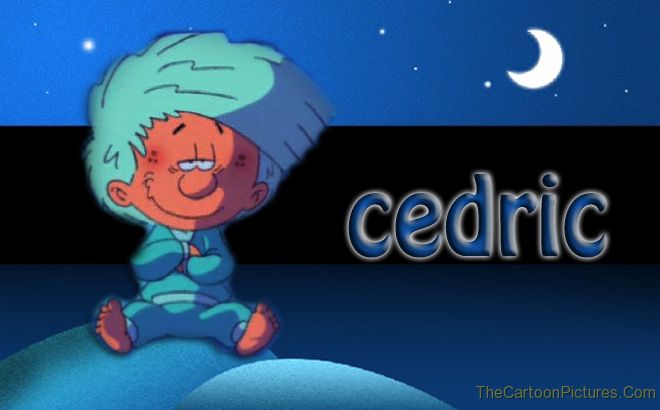