It’s my birthday. Without wishing to appear overly melodramatic, a landmark two recent medical afflictions nearly deprived me of. January’s cardiac arrest and a gastric haemorrhage earlier this month a duo of unwelcome life events that battered me physically, but thankfully thus far haven’t broken my mental spirit.

Anyhow, enough of the morbid what might’ve beens, Strachan! It’s the anniversary of your birth, pen something positive, uplifting, humorous or thought-provoking; or preferably a synergy of all four. A mixture that’ll provide reader pleasure akin to that your baked birthday cake mixture will bestow upon you….. Oh and, while you’re at it, can you stop writing in the third person!

I’m not prepared to divulge my age, other than say I was born in the 1960’s on a day Gerry & The Pacemakers were top of the UK singles charts, JFK had just entered the final seven months of his US presidency/life, which also fell on a Thursday.

If you believe in such philosophical generalisations, which if I’m honest I don’t, in the poem Monday’s child, it’s posited Thursday’s child ‘has far to go’.

For the purposes of this narrative, though, I’ll pretend I do believe your day of birth bears influence on your lifelong behavioural traits. Under that scenario, I’d like to interpret the poem as cajoling the Thursday born into not wasting their capabilities of fulfiling lofty aspirations. Not, as in my case, a reference to the mileage they’d recently clocked up in seemingly never ending sojourns to one of the Leeds Teaching Hospitals.

In further clues to my the age, according to a someone who likes counting, along with contributing fascinating statistics to a small portal on the world wide web, the following applies:-

I’ve slept for 6,818 days or 19 years – I’d opine that in reality, with suffering from frequent instances of sleep deprivation working on rotating shift patterns over three decades, I’ve probably only achieved half that predicted slumber time. I realise the parameters for the stat aren’t overly scientific, or indeed meant to be taken too literary, but as a dye in the wool insomniac for large swathes of the last twenty years I felt it’s inaccuracy (from my perspective) was worthy of comment.

I’ve been alive for 490,896 hours (give or take an hour) – A fact bearing significantly more accuracy than the sleep stat above. I’d say the only way that detail could be challenged is if times of severe hangover, where I really didn’t feel alive, were deducted. However, that’s more a pedantic observation rather a serious argument on my part. After all, even though on those occasions I felt my mortal being had been plundered, I was biological still alive; meaning the integrity of the stat remains.

I’m apparently 29,453,760 minutes old (give or take a few hundred minutes) – A statistic that may not overly excite the layman…… Although he’s notoriously hard to impress so I’ll not dwell on that. However, the fact I’m only 546240 away from being 30 million minutes old has on some level nearly set me all atingle. I say nearly, as if truth be told the fact reaching that landmark in just over one year and two weeks time means little to me. I envisage it’ll be an occasion that passes unmarked, without even a congratulatory card from the Queen…… Actually, the more I think about it, I’m with the layman on this one!

Anyhow, as I need to get myself looking respectable (you can write your own punchline to that) for lunch out with the family, I’m concluding the narrative at this point. Thanks for the many birthday wishes I’ve received….. If you’re amongst those still to get me a card and present, you best frame yourself too! 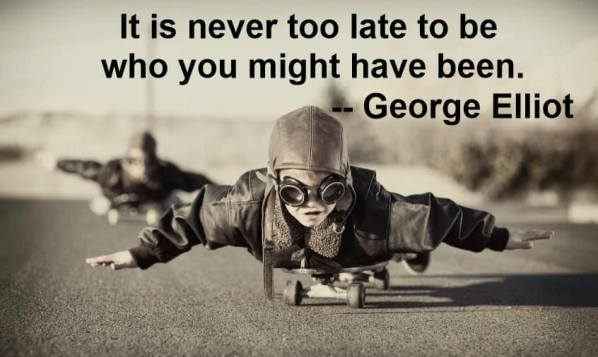