It’s Good Friday – A time when christians around the globe congregate to mark the crucifixion of Christ – The son of God condemned to death by Pontus Pilate at the request of the Sanhedrin. Jesus’ alleged crime that of claiming to be the King of the Jews, along with a lesser trumped-up charge of misspelling Sanhedrin on his case parchment.

By no stretch of the imagination have I been a regular church goer in adulthood. Like many folk, my posterior normally only parks on a pew for weddings, christening and funerals. If I overrun my one hour pew parking ticket there’s a macabre flickering of church lights, meaning I’ve gotta put another £2 in the collection tray.

In my childhood I attended Cromer Avenue United Reformed Church on Low Fell, Gateshead with the rest of the Strachan family – Apart from my dad who’d no strong theist beliefs.

Despite his indifferent to all things ecclesiastical, the old man still behaved with a decency advocated in the scriptures. During the 50+ years I’d the privilege of knowing him, I can’t recall him ever uttering a disparaging word about anyone (apart from late 1960’s/70’s TV presenter Hughie Green***), using overly brisk language, encouraging negativity or causing harm to any one.

*** – He seemed to have issues with what he deemed as late Opportunity Knocks presenter Hughie Green’s insincerity…… With me holding similar thoughts about current day TV presenter Richard Madeley, it’s a gene I appear to have inherited.

Malcolm Strachan’s presence underpinned our family synergy with security, stability, love, warmth, a roof over our heads and (through his job) cheap meat for sustenance……. And no he wasn’t a shoplifter!

Like everyone, apart from the continuity bloke on TV’s Big Brother who narrates in Tongues****, he isn’t perfect. But his existential vices were few, the ones he had only achieving lowly scores on the Malcolm Muggeridge Evilness Scale.

**** – Speaking in Tongues (or Glossolalia) a phenomenon whereby the user talks in a hitherto unknown language. This dialogue believed to manifest from spiritual sources, or drinking of a whole bottle of Jack Daniels in one night.

Wherever my late dad is now I’m sure he’ll have been granted redemption for his life ‘sins’ of his occasional flutter on the horses, fondness for a daily glass of merlot and a uncharactistic dislike of Hughie Green.

That’s if they can be classed as sins. After all, I don’t recall during Sunday School lessons in the 1970’s that among God’s edicts handed down to Moses were:- ‘Though shalt not have an occasional £2.50 Lucky 15 bet on horses at the East Ardsley bookies’, or ‘Thou shalt not have a pint in the Connie club with thoust spouse on a Sunday lunchtime……. But if thy do would thou order me a pint of Theakstons, t’old lad.’ 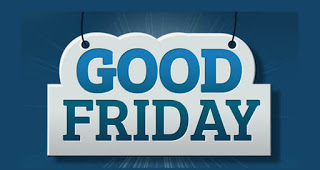 With pedantry, I suppose you could raise my old man’s flaw of exhibiting OCD behaviour when loaning you stuff. He’d no issue letting you borrow his possessions, however the beneficiary of that kindness risked his wrath if they weren’t returned in a timely manner. A perfect example of pater’s OCD a request in December 2016 to return of his ladders, which I’d recently borrowed from the then octogenarian Yorkshireman.

This request was made in the middle of his six weeks radiotherapy treatment, leading me to surmise Mally had no immediate need for them. His request borne purely from wanting the itch of being without them scratched.

As he could hardly walk at the time, I didn’t envisage he’d a need for them to wash his upstairs windows, or clear leaves from his guttering. Regretfully, I never got around to returning the ladders before his passing in 2017. They still sit in my garage as one of many triggers to fond memories of the man I was proud to call dad.

Although you were unlikely to catch my old man in church heartily singing ‘Love Divine, All Love Excelling’ (or indeed any other hymn), I’d guarantee if you’d met him he’d exhibit a deity akin to individuals who do populate kerk pews.

Despite a tough eight years for my family since my wife’s incurable cancer diagnosis, a time where my faith has been severely tested, I remain a Christian with respect for the church and its teachings. From memory, there are many good advocacies in the Bible. Enlightenment with positive messages teaching decent behavioural traits.

I don’t pretend adherence to them all, but I’d like to think I can be relied upon to exhibit at least some decent behavioural traits advocated.

If this narrative sounds like a sermon, it isn’t meant to be. I hold neither the ecclesiastical knowledge, nor the consistency of good behavioural traits to preach to anyone. These are merely my high level religious ramblings on this Holy day. In particular my opinion that a good Christian proves it by his actions, not words.

Anyhow, I need to bring this to a conclusion as I’ve the front and back lawns to mow.

Happy Easter!…….. Incidentally, does anyone want to buy a set of ladders?