As a follow up from my recent cardiac scare, I’ve just had an appointment with my GP at their east Leeds surgery..

At the commencement of my consultation I was alarmed to be advised by the doctor it’d be wise not to book any holidays. Concerned at this edict I responded “Why doctor is my heart prognosis that bad?” To which she replied “No, but now you’ve had a heart attack your travel insurance will be flipping astronomical!”

My doctor did show a little concern at my current slovenly fitness regime, which consists of sitting on the sofa sporadically moving my weight from one buttock to the other. Her reservations about my fitness strategy leading to her recommending I partake daily in a very short non-exerting walk, which seem deemed as a prudent exercise accompaniment to buttock yoga.

As I’m unable to drive for a few weeks because of my medical condition, my good buddy Mike kindly chauffeured me to the GP’s in his new motor. When I say new I’m referring to the fact he recently purchased it, not that my pal is the first owner of the automobile.

The vehicle itself is around sixteen years old; a little run-around bought by the Leeds lad to get him from A to B after his previous car failed it’s MOT test because of depression. A rare affliction in a car admittedly, but it just goes to show vehicles have feelings too.

It was the first time I’d ridden in a car with doors made from Play-Doh. To exit the automobile you don’t open the door, you merely roll it into a ball!

The sparse panels of metal left on the vehicle were easy to recognise as they adorned fridge magnets, mementoes highlighting my mate’s favourite places in the world. Amongst this magnetic memorabilia donning the boot panel were ones from Crossgates Post Office, Killingbeck B&Q and Frank’s Drum Kit Emporium in Garforth.

I’ll give Mike his due, he’s tenacious when it comes to ensuring the vehicle is an aesthetically pleasing addition to our neighbourhood; going as far as decorating it with a hanging basket full of winter pansies. Colourful adornments suspending kaleidoscopically from the car roof sills, which overhang adjacent to the motor’s yellow Play-Doh doors.

All joking aside, I’m was grateful to my buddy for taking time out of his very busy daily schedule to taxi me around. So much so, as a token of my appreciation I got him a Austhorpe Family Doctor fridge magnet which now takes pride of place on his idiosyncratic car boot panel.

Major life events, such as suffering from a serious health issues, bring out the spiritual magnanimousness from your true friends, of whom I class Mike as one. It also unearths within the patient a hitherto unknown strength of character; a pragmatism that allows them to shut out the fact that the car they’re journeying in has hanging baskets! 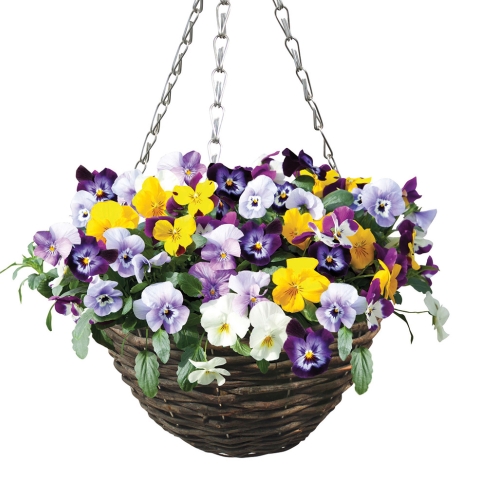