“I could tell my parents hated me. My bath toys were a toaster and a radio.”

A trademark self-deprecating one-liner from late wall-eyed US comedian Rodney Dangerfield. Just one of a barrage of quips in his quick-fire standup act, interspersed with the woe-is-me catchphrase “I don’t get no respect!”

Although he was only joking onstage “I told my psychiatrist that everyone hates me. He said I was being ridiculous – everyone hasn’t met me yet.”, he suffered for decades with depression, an illness which he kept clandestine for the majority of his life.

Bearing in mind the stigma mental health still carries, I’d imagine back then sufferers wouldn’t have wasted their time being open about the battle. No doubt the vast mid-20th century ‘snap out of it’ brigade would’ve borne little empathy, or indeed acknowledge the comedian’s struggles.

That being said, he quipped about receiving treatment for his mental health issues, musing “What a childhood I had. My parents sent me to a child psychiatrist. The kid didn’t help me at all.” Kidding further his looks and early life events contributed heavily to his demons, joking“I was an ugly kid. When I was born, after the doctor cut the cord, he hung himself.”

Hearing of successful entertainer’s mental struggles must confuse huge swathes of their audience. No doubt leading to questions manifesting themselves of how someone can be in a low mood when they’re entertaining, idolised by the public, and have the wherewithal to earn great wealth.

Some perhaps even proffering that they’d give anything for the creative talent of the sufferer, claiming if they had they wouldn’t be bloody depressed. Missing the point, I’d suggest, that a reason the likes of Dangerfield, Peter Sellers, Spike Milligan and Stephen Fry were/are leaders in the field of creativity was down to the fact their brains worked differently to Joe Public.

Minds producing sparks of genius with it’s subsequent massive highs of serotonin, taking them on fulfilling odysseys of creative energy. Unfortunately, these journeys bring with them the double-edged sword of depression inducing lows. Pits of purgatory; a domain where you’re so debilitated you even struggle to perform an act of self-deprecation and misery. 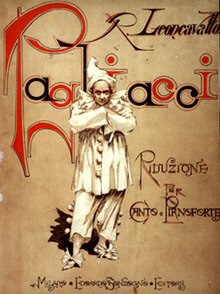 Mercifully, that low isn’t a constant bedfellow of the troubled creative mind. If the sufferer rides it out without resorting to unthinkable measures, they’ll escape it’s clutches at some point. The victim maybe only able to win the battle and not the war, but support is available if sought.

As an aside, Roger Dangerfield’s 42nd birthday coincided with the day that US President John F Kennedy was assassinated. I’m unaware of Dangerfield’s political leanings, however I’m pretty sure the two incidents aren’t connected. In the unlikely scenario it was his birthday gift, I’d suggest the benefactor went too far in answering “What do you get a man who’s got everything?”

The self-deprecating humour of Rodney Dangerfield and numerous other comedians is perhaps borne from a childhood defence mechanism, or maybe even genuine self-esteem issues. Whatever it’s source, the bog-eyed late funny man and his fellow jokers who’ve suffered with depression, metaphorically played out part of their existences as the eponymous character in Leoncavallo’s opera Pagliacci…… The sad clown.