Today, while collecting for MacMillan Cancer Support in the Mark & Spencer store on Briggate, Leeds, I was momentarily blindsided by an unexpected instance of paranoia.

This incident occurring while undertaking my voluntary role close to the stores Briggate entrance doors. The scene played out a few short yards from the women’s clothing department, during what was an otherwise incident-free and fruitful three hours at my post.

Standing facing the escalators down toward the Food Hall, patiently awaiting my next donation, out of the corner of my right eye I caught sight of a dark figure. A vague shadow who from that ocular angle appeared to be an individual monitoring me.

Although, deep in my psyche I knew this was a ludicrous notion, I foolishly insisted on turning my head sharply right to check I wasn’t being watched. Hoping to catch this voyeur red handed, not to mention red faced once they’d realised I’d rumbled their espionage.

Unfortunately for me, it turned out to be a foolhardy and painful move. Not only did the swift head movement rick my problematic neck (which has plagued me all week), but my psyche was proved right when it materialised the spy was in fact an undressed store mannequin.

This neck injury has been a…… well, pain in the neck all week. Originally, I’d no idea as to it’s cause; however thanks to my wife’s five years medical training I at now know the problem is neck related…… This diagnosis given yesterday when, after seeing me holding the painful area above my shoulder, Dr Karen Strachan opined “I think there’s something wrong with your neck.”

Following her detection of the root cause I wrote myself a prescription (script) on the back of a local takeaway menu flyer. The words advising “If neck aches, hold with hand for five minutes. If problem persists, visit a proper doctor.” 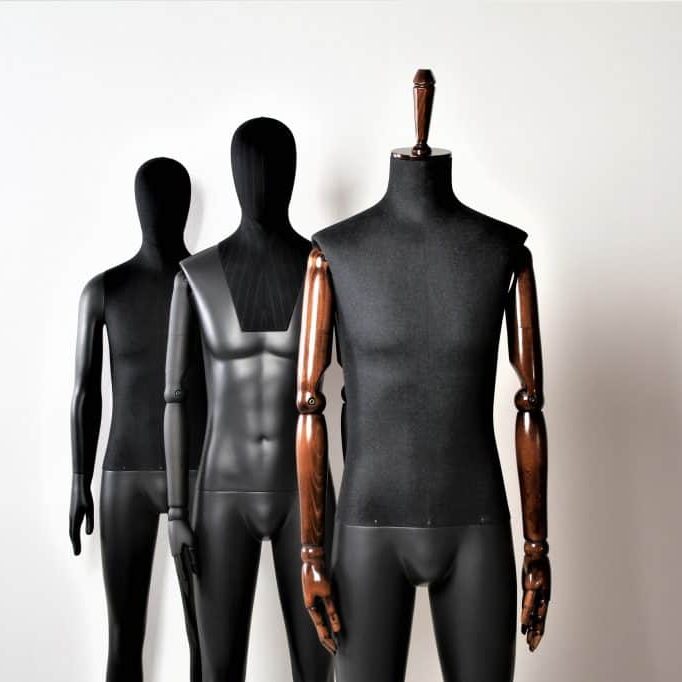 Anyhow, I digress. Back to this mornings scene of my unnecessary paranoia. Something that was clearly shown to be foolhardy when it became apparent the shadowy figure in my peripheral vision was a manikin.

Even if mannequins could undertake clandestine espionage activity, which I’m pretty sure they can’t, this gloss black dummy was bereft of a head. Consequently, any hopes of surreptitiously monitoring me, while I raised benefactions for this excellent cause, would have proved extremely difficult.

I took away some important lessons from this incident. One of which being my peripheral vision isn’t what it was. I’m pretty sure in the not too distant past, on catching sight of a figure out of the corner of my eye I’d have been able to differentiate if that shadow possession a head, or not…… That being said, though, I don’t ever recall having previous concerns about being spied upon, so it’s hard to make that claim with any real surety.

If I’d have been able to make that differentiation, it would have immediately dawned on me the shadow was a headless mannequin; consequently avoiding the aforementioned attack of paranoia.

Along with the new found awareness of my diminishing peripheral eyesight, another lesson I learned today was when it comes to charitable donations these tailor’s dummies aren’t the most generous of benefactors…… Even the ones with heads!