Saturday morning – The calm before Sunday’s forecast rainstorm. Serenity prior to the tempest. Tranquillity ahead of the deluge. The affable Doctor Henry Jekyll afore his morph into evil Edward Hyde.

Sunshine graces this corner of England’s green and pleasant land. West Yorkshire making the most of today’s solar rays by donning a ragged straw sun hat, factor 20 sun cream, while contemplating an eastbound trip along the A64 for a day at the seaside.

My waking hours today to be spent writing, gardening, a trip to a local store for comestibles, watch the rugby league Challenge Cup final, followed by an evening curry incorporating ingredients from a spice set received as a gift.

My son Jonny the benefactor of aforementioned present; part of a gift package he brought me for Fathers Day, which has been inexcusably left sat in the kitchen cupboard since June.

It’s heart warming to witness the generous man my boy had developed into. Now in his late 20’s, adulthood sees him often bestow thoughtful gifts. Don’t get me wrong, he was equally as magnanimous on Fathers Day in childhood, but I chuffing paid for those gifts so in my book don’t count.

An endearing individual, this devoted family man can always be relied upon to go the extra mile when buying presents for his brood …… Well, to be more accurate, he goes several extra miles; a consequence of his idiotic insistence of purchasing his clans bestowals a hundred miles away at the Gateshead Metro Centre.

It’s not that I’m not appreciative, but I opine if Jonny got gifts local to him in York he’d save a fortune in petrol, resulting in extra funds for family pressies. Maybe then, on Fathers Day he could take me to an Indian restaurant, not get me a set of ingredients so I have to flaming cook one!

When I mentioned this to him, though, he accused me of being ungrateful, adding “When I was a kid, you always told me I should travel, dad!”

“Yes, I meant to places like Canada or Australia akin to your sister. Not the chuffing Metro Centre in Gateshead!” I sarcastically attempted to clarify.

“It means, though, we pass Birtley where mum’s parents live. So I can kill two birds with one stone.” Jonny argued unconvincingly.

“Best to make sure of the kill, I’d use a gun instead of a stone…… You were on about your grandma and grandad weren’t you?!” I advocated jokingly to my twentysomething offspring.

“You can. Remember our family motto is Strachan not Strachan’t“ I added with tongue in cheek.

“That’s not our family motto!…… You always told me it was ‘Phone Libellum Sanguine Tuo Reddere’…….. ‘Pay Your Own Bloody Phone Bill'” Jonny correctly argued.

“Well if you do decide to follow it through, at least you’ll have no worries about identification. After all, they’ve not made an effort to visit you for over ten years so they’d likely not recognise you!” I pointed out cynically.

“In fact the last photo they have with you must have been when your mum was pregnant early 1990!” I joked sarcastically, but unfairly. Although, the comment about lack of effort at visiting their grandchildren still stands.

“Our Rach (his sister) might go on long haul odysseys to Canada, Australia and China, but at least I get the opportunity to call at their house in Birtley.” my son woefully failed to sell me his strategy.

“And do you always stop off to see them?!” I enquired rhetorically.

“No. But the opportunity’s there if I wanted to!” Jonny affirmed.

“I think you’ve just inadvertently made my point, son!” I countered with a broad grin.

At this, my offspring felt moved to conclude our conversation by telling me to “Go bollocks!” 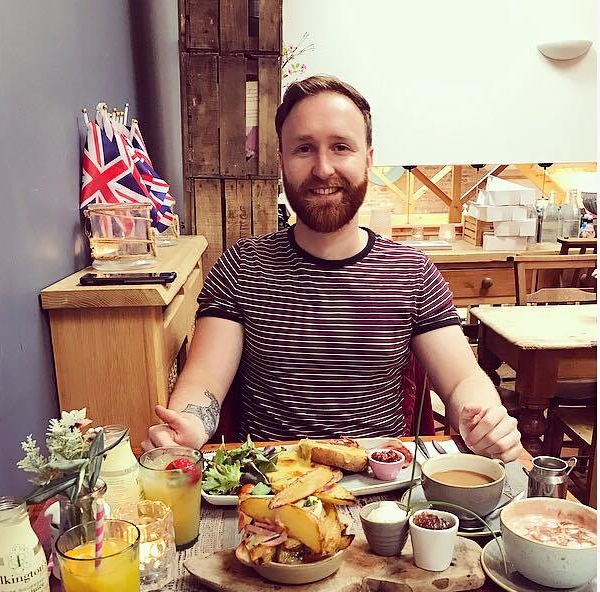