I was Greek Street in situ for a couple of hours yesterday afternoon. My spouse and me seeking to quench rabid thirsts, induced by West Yorkshire’s arid weather conditions, with a cold beer.

Some may enquire “Why didn’t you just stay at home and rehydrate with a glass of water from the tap, as opposed to a 30 bus journey into town?….. It’d have been cheaper, healthier and you’d have produced less gas.”

To which I’d respond “Because I fancied a couple of beers.”

Those same individuals may then enquire “Well why didn’t you get a can of beer out of your fridge, saving you both an odyssey into town and the incurring of unnecessary expense?”

To which I would reply “Because I desired a long cold pint of draught beer outside of a city centre bar.”…… I may also add “How the chuff do you know I’ve got beer in my fridge?”

Which I’d imagine would induce a response from those confrontational individuals of “Because you’re an addled old p***head!”

As a sensitive chap, that slur would strike me to the very core – Rendering me so depressed I’d be driven to open my fridge and drink a can of lager.

If I experienced even deeper ingrained hurt, I’d be led to imbibe a few more bowls of loud mouth soup. A reluctant action on my part, but a necessary evil helping to further numb the pain caused by the airing of such a flagrant untruth.

Anyhow, back to sitting outside a bar on Greek Street, Leeds, yesterday afternoon…..

The street just off Park Row was bustling with like-minded individuals. Punters who like my missus and me forwent domestic tap water and beer fridge. Instead, electing to be part of the cordial ambience created in the avenue with a Hellenic moniker.

Being a fan of the much underrated pastime of people watching, our time sitting outside a city centre bar gave me the opportunity to fill my boots. One I embraced with both hands. My poorly concealed gazing at passers-by eventually moving my wife Karen to query:-

“Are you people watching, Gary?”

“Do you know, I thought you were.” came her retort.

It’s not the most enlightening verbal interaction the two of us have ever had, but it was close. However, I doubt anything could beat the erudition of this matrimonial verbal joust a few years back:-

“Try the cupboard under the stairs.” came the shouted response from upstairs, delivered in my missus’ instantly recognisable Durham tones.

This led to me walking into the living room, coming to a stop at the door of the under stair cupboard.

Following my wife’s advice, I queried “Cupboard, have you seen my slippers?”

I never did get a response from the ignorant storage area. Although, after later tripping over them in the garage, I did eventually find my indoor footwear.

As the conversation died at that point, I returned my gaze to the individuals by-passing our table outside of the Liquorist bar. Although, I admit to averting my eyes when a big bloke passed by wearing a t-shirt adorning the words ‘Stop Staring At Me, You Nosey B*****d!’.

Karen and me spent a pleasant couple of hours sitting outside the bar on the Greek Street thoroughfare. I even managed to leave the bar without incurring a restraining order, further enhancing our sojourn’s experience. 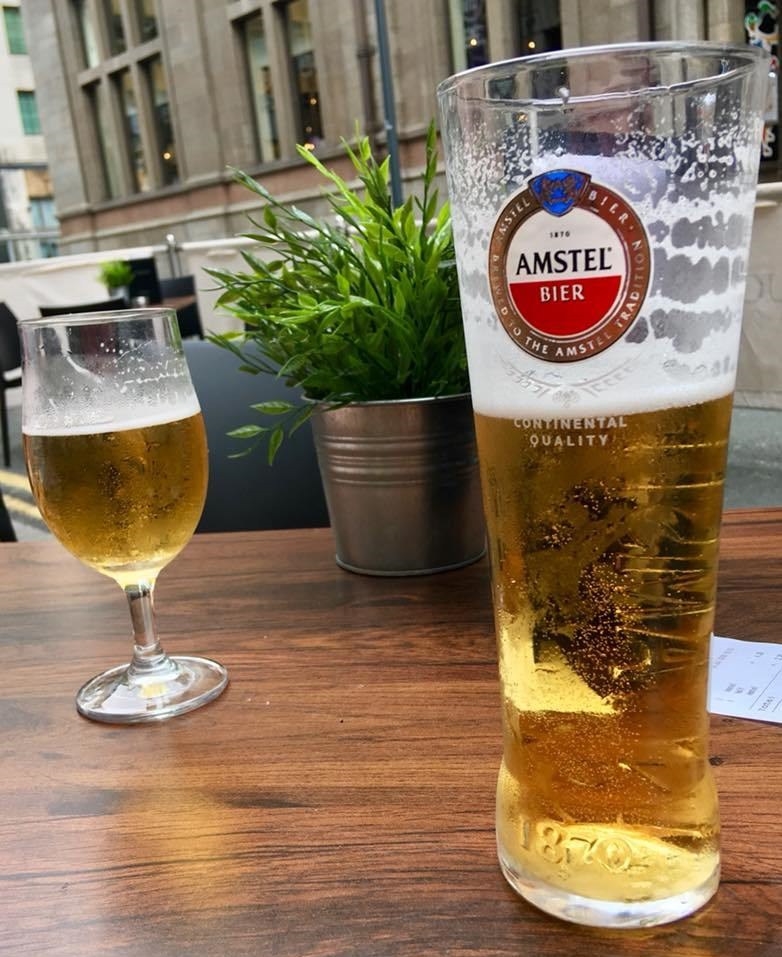