My sleep pattern is all over the place at the moment. In two of the last three nights I’ve been dipping in and out of sleep numerous times through a twelve hour period (10pm – 10am).

Inexplicably, despite this lengthy slumber I still woke up sleepy. He wasn’t overly chuffed with my part in his reveille, but at least Bashful, Happy, Grumpy, Doc, Dopey and Sneezy found it humorous…….. Well, apart from Grumpy, the miserable old get!

According to my wife, this drifting in and out of sleep will be a consequence of the onset of narcolepsy, or something else….. As usual, the six years she spent studying to be a doctor yet again proving invaluable during times of malaise.

Other members of the family have given differing opinions into my newly acquired listlessness. My mum suggests perhaps it’s the result of contracting ‘Not Very Well At All Disease’ during a recent visit to Oxfordshire.

I’m unaware if Oxfordshire is a hotbed for catching ‘Not Very Well At All Disease’, but she did opine the area was somehow complicit. Personally, I think that diagnosis is a consequence of her contracting ‘Talking Out Of My Arse Disease’ – Whose source definitely won’t have originated in Oxfordshire, as she’s never been.

Considering he’s never studied medicine, my brother Ian gave a thorough synopsis of what he believed was the root cause of this fatigue. He opined my pallor indicated white blood cell gyrokenics, which when amalgamated with recently diagnosed retonitic instagrams formulate a haemoglobic nestilation of the cronazomes.

When I asked our kid what he believed could address my problems, he bizarrely recommended I buy him three bottles of pinot grigio wine. Bemused, I questioned “How would that help me, Ian?”

“It won’t, but it’ll sure as hell help me have a better nights kip!” he mischievously chirped back.

My mother-in-law told me this increased weariness should raise concerns about my health.

“Why do you think I might have a serious illness?” I anxiously asked her.

“No. But the fact you’re asleep more gives me greater opportunity to smother you with a pillow!” came her fragrant reply.

I shouldn’t be so nasty about the woman who recently won an North East Industry award for her work advancing the area’s business. Apparently, her payments to hitmen have been underpinning the local economy for the last six months.

Seriously, though, she’s one of the nicest people you’d ever meet bearing firearms and a pathological hatred of men. I’m truly blessed to know this woman, her acquaintance restores my faith in humanity and the importance of bullet-proof vests.

My wife Karen often tells me her mum is a lovely person who I misunderstand as I don’t make an effort to get to know her….. My spouse has a point I suppose; after all I’ve only known her for 35 years…… Perhaps I should address my habit of making hasty character judgements.

Anyhow, enough of my bitterness and spite. It’s time to bring this narrative to a conclusion. I need to go and google ‘severity of white blood cell gyrokenics, which amalgamated with recently diagnosed retonitic instagrams formulate a haemoglobic nestilation of the cronazomes’. 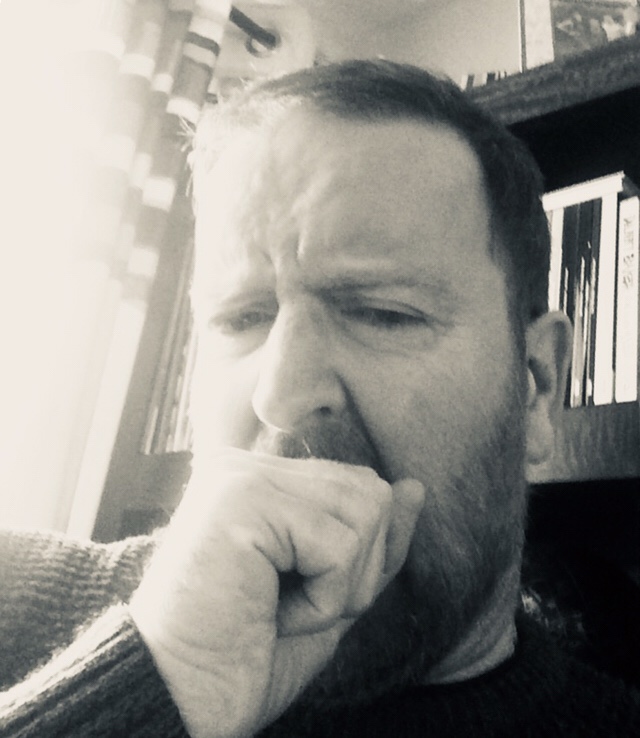