An over cautious approach by a family member, meant arriving considerably earlier than necessary for their hospital appointment this morning.

I’m a big advocate of punctuality, organisation and planning; however arriving an hour early for your scheduled treatment is slight overkill in my book. Despite this though, my family member, who for the purposes of anonymity I shall call Thruxton, stoically argues it was a prudent approach to take.

He proffered that the unpredictability of Leeds Ring Road traffic necessitated his judicious viewpoint. Who am I to argue? Thruxton organises himself with such precision,I would suggest his timekeeping could win him a Nobel Prize…… Well, it would if there was a ‘Nobel Prize For Never Being Late’ category.

Anyway, due to his meticulousness, we had a bit of a wait in the main reception of the oncology institute this morning.

We got to the hospital unit so early we should have pitched a tent. Although, maybe not as we’d have resembled a couple of aging music festival goers, queuing in eager anticipation for the event to commence.

As this tent pitching idea was in my thoughts when I spoke to the oncology unit receptionist, I didn’t know whether to book Thruxton in for his treatment, or ask her what time Phil Collins was performing on the Pyramid Stage!

Anyway, being ‘quick off the mark’ gave us time to chat, which I think help Thruxers (as he would be affectionately know if it actually was his name) to relax before his inaugural treatment. We had a fruitful sixty minutes or so reminiscing, laughing and crying…… I knew I should have stayed clear of the topic of Leeds United memories.

Additionally, my family member and I pondering if the receptionist wore Harmony hairspray on her armpit hair! Thruxton informed me he’d once had a close female acquaintance with sprouting armpit hair….. Unfortunately, his tale didn’t get anymore interesting, so I quickly swapped the conversation back to the 1975 European Cup Final! 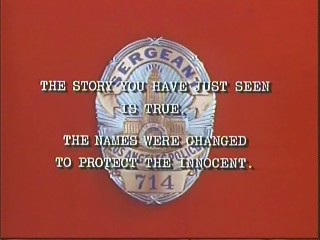 Eventually, it was time for the dog to see the rabbit….. I have to say I was stunned to learn of a hospital unit opening an Ann Summers shop…… Not to mention letting dogs in! ……. However, on the plus side, watching the canine dashing around amongst the lingerie ate up more of our time.

When it finally got around for Thruxton to receive his treatment he trudged to the nursing staff looking apprehensive, tense and apprehensive….. Incidentally, I know I wrote apprehensive twice in the previous sentence. That wasn’t an error, he was just very apprehensive.

Around an hour later, my family member returned to the reception waiting room accompanied by the nurse. As I was expecting his treatment to be around two hours, I exclaimed “Blimey Thruxton, I wasn’t expecting you to be finished as quick as that!”

He looked lost, responding “Whose Thruxton?”

“It’s you. I’ve had to give you a fictional name in my narrative!” I tried explaining.

“Why?!” he retorted, looking as baffled as the nurse stood at his side.

“I don’t want to put your real name in my blog you berk!” I elaborated tersely.

He still looked none the wiser, shrugged before informing me “No, I’ve not finished. I’ve just brought the nurse to see that dog running around in that women’s undies store!”