A few days back I relayed recollections from my young childhood. While I mulled over a topic for today’s prose my wife Karen, who’d enjoyed that prose, suggested I journal further memories from the same era……….. Only funny ones this time.

To be honest, what she really said “Was it you who ate that last Kit Kat, Gary?”. However, deeming there wasn’t much mileage in a narrative about Kit Kats I took the less challenging route of deciding to pen further childhood recollections anyway.

With this in mind, today’s literary offering surrounds boyhood introduction to swearing:-

Scene – In a quite suburb of south Gateshead in the early 1970’s, a grey sky bares witness to my brother Ian and I playing football in the front street. The sky wasn’t overly bothered about watching us exhibit our footballing skills, but Saturday morning TV was pretty rubbish back then so begrudgingly made the effort to turn up – Like a hungover father watching his son in the pouring rain.

In our game of the hallowed concrete road of Dorchester Gardens, in Low Fell, I pretended to be my hero, Leeds United striker, Allan Clarke. Whilst our Ian chose to be Peter Lorimer, his rocket-shotted childhood idol.

As I liked making my impersonation of the Willenhall born striker forensically accurate, like Clarke I’d pull my sleeves over my hands while running with the ball. Additionally, I mimicked his goal celebrations along with adorning number 8 sock tags akin to the slim Willenhall-born striker.

Everything was going swimmingly until a kid nicknamed Curly, who lived at the end of our street, wandered over towards Ian and I, asking if he could have a game. He imaginatively got the name Curly as he had curly hair. As you can probably guess, we didn’t waste much time thinking up nicknames in Dorchester Gardens; there was too much footy and cricket to play.

I’m not sure why, as I wasn’t a spiteful kid, (not until the angst of puberty, anyhow) but I responded at Curly with a new word I’d overheard used earlier in the week by an older kid at Oakfield junior school. Promptly advising him to “F*** Off!”

When I used this word for the first time, little did I know of it’s inappropriate meaning and that I shouldn’t be using it as a young child. Well, that was until my mum raced out of the house, dragged me in and immediately grounded me for the day.

Stood in the front room of our modest semi-detached home, I was in a bit of a shock at the rollocking I was getting.  My mum, who’d heard me inadvertently swear through the open front window, told me never to use that word again (which, of course, I haven’t until today… cough, cough) and sent me to my room.

I forlornly wandered upstairs to my bedroom with the sleeves of my white Leeds top still pulled over my hands. As I sat on my bed reflecting on the incident, I ripped off my sock tags in frustration. In my displeasure, muttering to myself I bet Allan Clarke didn’t get to his level at football by his mum hauling him into the house when one on one with the keeper.

Looking back I think her anger was exacerbated by the fact my grandad Charlie had come up from Leeds for the weekend and had overheard me cursing. I recall grandad fighting back the laughter at my innocent use of the F word. However, he couldn’t be seen to undermine his daughter’s disciplining of me, so suppressed any overt laughter. 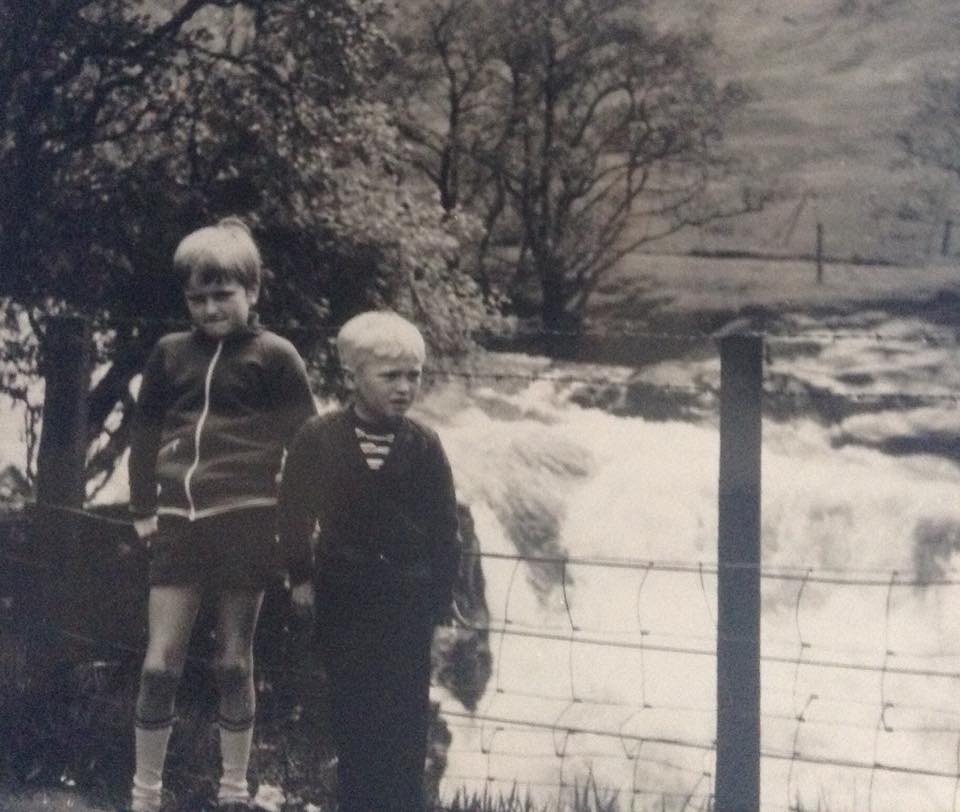 As a young lad, I was never good at realising which new words were inappropriate, or at the very least not to be uttered in front of your mum and dad. In the mid 70’s I got caught out again during a game cricket with our Ian.

It was a warm summers day, the chaffinches were chirping merrily. Meanwhile, a solitary wood pigeon sat overlooking play in the back garden of our grandma and grandad’s holiday bungalow in Reighton, East Yorkshire.

When our kid and me played cricket on holiday we used to record each ball/run in a miniature score book and play in a Test Match format. This meant whoever bowled first would have to get the other one out 10 times before they got to bat. Bearing in mind there were no fielders to take catches and that we were recording every ball in our score book, these innings could take quite some time.

On this particular occasion I was England and bowled first at our Ian (who was Australia). He’d batted for hours and racked up a mammoth score. Not unlike the later Aussie teams during the 1990’s Ashes series.

Eventually, perspiring from hours of bowling and filling in the book with all the chuffing runs he was racking up, I took our Ian’s last wicket. Unlike a real Test match where Geoff Boycott and Dennis Amiss would pad up ready to bat after a ten minute break. Ian and I ordinarily we just swapped around. After all, we’d no need to pad up as we were playing with a tennis ball.

Tired and sweaty after hours of bowling I picked up the little Eland bat we had and took guard expecting to face Dennis Lillee (our Ian) for the first ball of my innings.

Instead I saw him wandering towards the bungalow door with the parting shot of “I’m off inside, I’m bored with this!”.

After giving my all bowling at the Australians for hours on a flat batting track, I was now looking forward to making hay on it myself so wasn’t happy with our Ian’s response. I stormed into the house, disenchantedly plumped myself into an armchair while tutting and sighing in frustration.

My mum and dad and baby sister Helen were in the living room of the bungalow. I’m not sure where Ian had gone at this point. Sensing not all was right with their eldest son, my dad questioned “What’s wrong, Gary !?”.

Red of face from a mixture of the sun, tiredness and anger I retorted “I’ve just bowled at our Ian for three hours and now it’s my turn to bat he doesn’t want to play anymore!”

I think if I’d have left it at that, the rest of my day mightn’t have been so bad. However, I made the mistake of deciding to utilise another word I’d recently picked up at junior school, adding “What a tw*t!!!”.

Again my naivety about the inappropriateness of words had got the better of me and I was sent straight to my room, again for the rest of the day ………. while the Aussie (our Ian) was now back outside kicking a ball around in the East Yorkshire sun.

I learnt the hard way, but that day I took a big lesson from the rollicking I got for swearing…….. That being, if you play cricket with our Ian make sure you f***ing bat first!