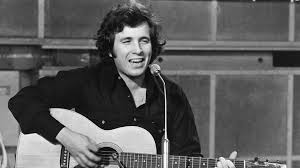 The singer/songwriter of the seminal ballad American Pie, Don McLean is 70 years old today. According to friends the man who drove the Chevy to the levee, but the levee was dry, plans to celebrate his birthday with good ole boys drinking whiskey ‘n rye.

When McLean wrote American Pie, in particular his references to the day the music died, he was referring to the day Buddy Holly died on the 3rd February 1959.

On the day in question, Holly merely wanted what every touring musician wants; to do his laundry.

Shoved into unheated buses on a “Winter Dance Party” tour in 1959, Holly — tired of rattling through the Midwest with dirty clothes — chartered a plane on Feb. 3 to fly from Clear Lake, Iowa, to Fargo, N.D., where he hoped he could make an appointment with a washing machine.

Joining him on the plane were Ritchie Valens and, after future country star Waylon Jennings gave up his seat, J.P. Richardson, a.k.a. “the Big Bopper.”

Taking off in bad weather with a pilot not certified to do so, the plane crashed, killing everyone aboard. The toll was incalculable: The singers of “Peggy Sue” and “Come On Let’s Go” and “Donna” and “La Bamba” were dead. Holly was only 22; Valens was just 17. Music critics claimed rock and roll would never be the same. 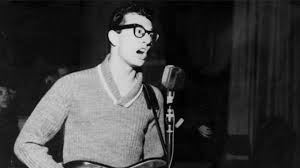 McLean recorded the song on my brothers 6th birthday in May 1971. He didn’t record it because it was our Ian’s birthday, I only mentioned it as he still hasn’t received your card or present yet!

He was born Don McLean III in New Rochelle, New York. That’s Don McLean by the way, not our Ian! As his dad was Don McLean IV his family and friends were somewhat confused!

Like my brother, as a teenager he became interested in folk music and took guitar lessons, which he financed with a newspaper round. He soon quit, though, telling friends he left because “February made me shiver. With every paper I’d deliver. Bad news on the doorstep. I couldn’t take one more step.”

However, his interest of the guitar showed greater longevity as music fascinated the young McLean. He practised for hours and as a result his songwriting and musicianship blossomed

The fledgling song writer suffered badly from adolescent angst. Close family friends describe him as a lonely teenage broncin’ buck, with a pink carnation and a pickup truck and he knew he was out of luck the day the music died……………. and when the pickup ran out of diesel!

He tried to ease his depression by attempting to improve his social skills, including  attempting to engage more effectively with his peers.

When he met a girl who sang the blues he asked her for some happy news, but she just smiled and turned away. So he went down to the sacred store where he’d heard the music years before, though the man there said the music wouldn’t play.

The New Yorkers melancholy grew further when the three men he admired the most, the Father, Son and the Holy Ghost caught the last train for the coast, after his pickup’s axil snapped!

As well as his passion for music, McLean is also a big boxing fan. He became big friends in the 1970’s with promoter Don King, who provided him with access to some of the biggest fights in heavyweight boxing history in that decade. He was lucky enough to attend bouts between Ali, Frazier, Foreman, Norton et al, through his close links to King.

He was a key prosecution witness after the theft of Don King’s headwear on 5th Avenue, New York, in 1970. He told an attentive jury at the Municipal Court in New Jersey that “While Don King was looking down, the jester stole his thorny crown”

However, due to lack of evidence the courtroom was adjourned and no verdict was returned! 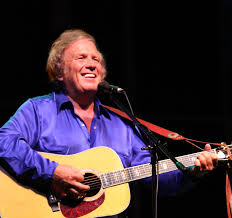 If you don’t know the lyrics of McLean’s American Pie you probably won’t have a chuffing clue what those last few paragraphs were about! Coming to think of it, even if you do know the lyrics you still might not have the faintest idea what I’m talking about.

Neither do I to be honest! If you do get what I’ve just written will you please let me in on the secret!

Happy 70th birthday Don! …… I loved American Pie, although I must admit your tribute to Van Gogh, Vincent was my particular favourite!