Eleven years ago today former football manager Brian Clough passed away. Undemonstrative, modest, ambassadorial, understated and quiet are none of the words that have ever used to describe the outspoken Middlesbrough born Clough.

A prolific goalscorer for his hometown club Middlesbrough (Boro) and Sunderland during his playing days, his career was prematurely ended in 1962, aged 27, when he sustained a cruciate ligament injury after a Boxing Day collision with the Bury goalkeeper.

He was affectionately known in the football world as Cloughie, which was a nickname thought up by a Boro team mate who cleverly added the letters ‘ie’ to his surname. Footballers were so impressed by the nickname, it was adopted throughout the game as a template for standard nicknaming protocol.

The only exception was ex-Chelsea player David Speedie who was just named David by his team mates (Dixonie, Cundyie and Nevinie), after they decided calling him Speedieie would be ridiculous.

Anyhow, back to Cloughie. The forthright Teesider, although a prolific scorer as a player, gained a higher profile for his football managerial exploits.

His successes included championship wins with Derby and Nottingham Forest, as well as the two European Cup’s with Forest. An amazing achievement with two provincial cities, which will probably never be repeated in the cash laden Champions League.

His first managerial post was with Hartlepools United in October 1965.as a 30 year old. Here he gave an early indication of his influencing skills when told the club had to drop a letter from Hartlepools to save signage costs. Clough was insistent it should be the letter ‘s’ as opposed to the chairman’s preference of ‘h’.

After weeks of wrangling the chairman compromised. He stated that they would drop the ‘s’ and become Hartlepool United, not his choice of Artlepools, if Cloughie would partake in a week long sponsored silence. The manager agreed, but his end of the deal didn’t materialise as he had his fingers crossed when he agreed, so his pledge didn’t count!

The coldest I’ve ever been in my life was watching Leeds United play Hartlepool in the 3rd round of the FA Cup at the end of the 1970’s.

It was the second attempt to play the match after the first was cancelled due to ground staff being unable to remove the penguins off the Victoria Ground pitch. I was disappointed but in their defence, penguins are slippery little buggers!

Anyway, despite a bitingly cold day, frozen pitch and it being played during the Great Teeside Bovril Shortage, the second game went ahead as planned. 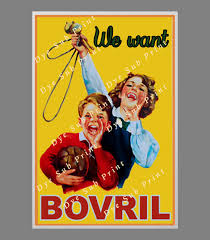 The north-easterly wind that blew from the North Sea that night was unforgiving. So much so that my match programme froze! It was the only time I can recall when I wished I’d have had one of the balaclavas my mum knit for us as young kids!

The Bovril shortage didn’t help as the only other hot drink available was soup. I quite like soup but as they’d run out of cups they served it in napkins, meaning considerable spillage. The only comfort I got from it was it warmed my hands up momentarily as it dribbled through the serviette!

Even Leeds winning 6-2, acquiring a penguin as a pet and success at ‘I Spy’ on the train back couldn’t lift my spirits.

When I got home my parents looked concerned as I walking into the room. Initially, I thought it may be the fact their eldest son had turned a worrying blue colour. However, it turned out it was a look of disapproval, as the penguin had made itself at home in front of the fire reading my recently defrosted match programme, while drinking my dad’s cuppa!

To close, I just want to say it was a sad day when you passed eleven years ago Cloughie. A lot of Leeds fans didn’t like you following your controversial 44 days as our club manager.

However, I bear no malice and genuinely wished it had worked out for you at the club.

If you’d have had Peter Taylor as your assistant at Leeds I’m sure things would have turned out differently. Additionally, not advising the players to bin their medals because they cheated to win them and misguidedly telling Eddie Gray if he was a horse you’d have him shot, may have endeared you more to the players and people of Leeds!

Cloughie was a huge fan of Francis Albert Sinatra, so as a tribute to ‘Old Big ‘Ead’ here’s anothet OBE, ‘Old Blue Eyes’ himself.