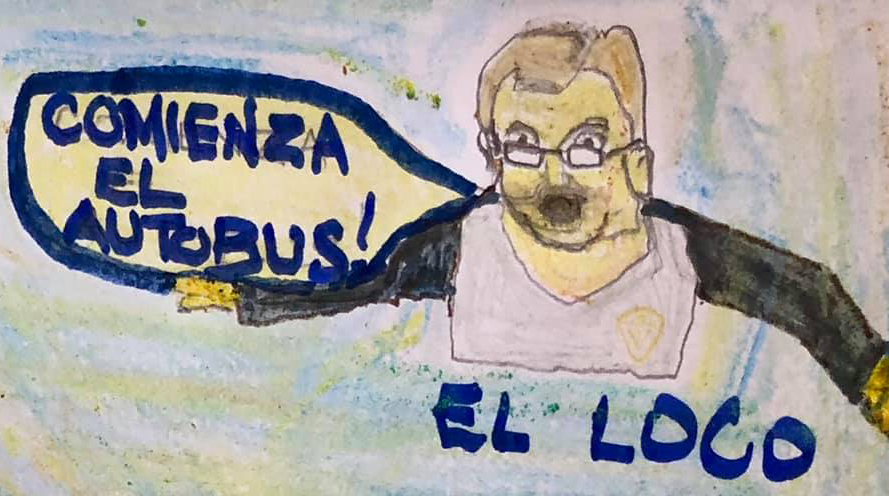 “Start the bus”, or “Comienza el autobus” as team coach Marcello Bielsa may exclaim. Whisper it quietly but, following a torrid sixteen year absence from the Premiership, Leeds United are back!…… They promise to wipe their feet prior to entering the footballing promised land; and hopefully a few of the West Yorkshire club’s opponents.

Prior to confirmation of yesterday evening’s promotion it’s been a predominantly dreadful sixteen winters/springs for Leeds supporters. Their club picked apart by vultures of top division clubs, shady financial practises, humiliation of dropping into the third tier for three season and subjection to watch numerous players not fit to wear the shirt.

Thankfully, though, following Huddersfield’s defeat of West Bromich Albion meaning ‘The Whites’ were guaranteed an automatic promotion spot, that came to an end yesterday evening

Just over sixteen years ago, yours truly was perched on an uncomfortable seat outside a cricket pavilion when one of my Colton cricket club team mates emerged from the changing room announcing Leeds United’d been relegated from English football’s Premier League.

Their expected bulletin confirming defeat at the hands of Bolton Wanderers, sealing relegation of a club who only four years earlier reached the Champions League semi-finals.

Other than a discontented sigh and disconsolate head shake, the news bringing little outward emotion from GJ Strachan. Inside, though, lay a fury at the Leeds United board whose utterly incompetent financial practises had been the catalyst for this humiliation of my footballing amours. A team I’d first seen play at Elland Road in September 1970.

A September day forging a love which, if truth be told, fuelled a decades long identity crisis. My desire to remain loyal to the club of my roots in childhood leading to me not fully embracing Gateshead, where we’d relocated with my dad’s job in the late 1960’s, as home.

This manifesting 50 year long notions of being bereft of tribe. Something which hasn’t eased In the 24 years I’ve lived back in Leeds; after a spell on loan to work in Luton after leaving Gateshead in 1987……. Such tribalism uncertainty seriously messing with my mind.

That half century providing some of my most euphoric, along with soul destroying, existential episodes. This rollercoaster experience bequeathing utter joy and despair in seemingly equal measure. For each delightful achievement, fate reconciling the books with an event bearing the polar opposite on a serendipity scale. For every high profile win came an infuriating episode, such as defeat to minnows like Histon.

On that 2004 day, as I sat awaiting my opportunity to bat, yours truly’s anger felt towards chairman Peter Ridsdale and his boardroom cronies was off the scale. They’d recklessly gambled the clubs short term future and lost in a massive way. I felt like I would if anyone had wronged my family.

The weaselly Ridsdale even having the gall to try and divert some of the blame for their fiscal debacle on the fans. Patronisingly informing dissenters they’d not complained when all the money was being spent.

Yes, we didn’t complain Peter, but we weren’t party to the clubs financial circumstances, or that if the boards gamble went belly up we’d suffer the sixteen years of consequential detritus. If that detail had’ve been forthcoming we’d have begged you not to buy that eighth striker, who we didn’t need, to the club.

Anyhow, what followed relegation was a fire sale of the best players at knock down prices, and Leeds United being perennially ‘raped’ of numerous promising club academy graduates. In some cases, these gems replaced by footballers who appeared to wear their expensive boots on the wrong feet.

The sixteen year club soap opera, played out after losing Premiership status, including the dubious storylines of:-

Anyhow, that sixteen years is over. The misery of those days making the euphoria of promotion ever more sweet…….. Gracias Marcello Bielsa, along with the players you shaped into a team that’s brought an end to those dreadful times.