The UK populous have spoken – Subsequently, this morning we woke to witness the new leaders were the same as the old leaders. As is the people’s right in a democracy, by a decent majority, they’ve chosen their leaders and placed their trust in five more years of being governed by the Conservative (Tory) Party.

Although not party to his diary itinerary, which I poetically think of as being written in the blood of the oppressed proletariat, at some point today Tory leader Boris Johnson will venture to Buckingham Palace. This brief odyssey to officially request the permission of Her Majesty Queen Elizabeth II to form a government.

An enquiry I’d love to think Lizzie would respond in the manner to my mother would deliver if she held that particular position of power. This retort to Boris, delivered in the same Yorkshire accent as my mum, “Yes, but only if you get that bleeding haircut; you scruffy little bleeder!”

BJ will then no doubt head to number 10 Downing Street, via Supercuts, and form the inaugural ministerial cabinet of his new administration. A team of around a score ladies and gents whose mission, should they choose to accept it, tasks such as guiding the good ship UK through the stormy waters of Brexit, form alternative trade deals to underpin the British economy in it’s aftermath, along with ordering a hearse for the National Health Service (NHS).

The latter strategy I, again poetically, picture undertaken in meeting with the cabinet dressed in full undertakers regalia. Men and ladies, predominantly sourced from the Oxbridge set, clad in all black with chromatically similar top hats; their remit to further dismantle the nation’s free at point of delivery healthcare provision. 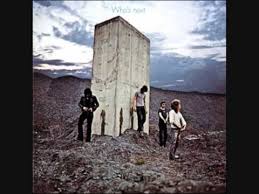 As I wrote yesterday in Power To The People!!, I’d have been suitably underwhelmed whoever had prevailed when yesterday’s General Election votes had been totted up. That being said, even after begrudgingly congratulating the Tories as clear victors in a democratic vote, I can’t help but feel melancholic there’s no longer a viable socialist alternative in the UK.

To my mind, as historically proven when Margaret Thatcher’s Tory government ran roughshod over many to placate a minority of the populous in the 1980’s, a large Conservative Party majority isn’t a good thing.

I’ve no idea where the Labour Party go from here – I don’t have the answers to everything; I’m not Keith Harris and Orville. Actually I should check to see if Keith Harris is still alive; if not that inanity would be in poor taste….. Coming to think of it, I best confirm Orville’s not pushing up the daisies either!!…. Nah, I can’t be bothered.

On waking to the news of half a decade more of Tory governmental rule, the following lyrics from The Who’s 1971 single Won’t Get Fooled Again were among the first things that sprang to mind….. Oh the irony!!

I’ll tip my hat to the new constitution
Take a bow for the new revolution
Smile and grin at the change all around
Pick up my guitar and play
Just like yesterday
Then I’ll get on my knees and pray
We don’t get fooled again
Don’t get fooled again, no no
……..Yeaaah!……..
Meet the new boss
Same as the old boss
https://youtu.be/zYMD_W_r3Fg