Hold onto your britches and hose, the wait is finally over. Reality TV gods have aligned the entertainment planets, allowing ITV bosses permission to disclose this year’s lineup on 2019’s ‘Celebrity Love Island’ (CLI). Consequently, the shows loyal fanbase can now stop twiddling their thumbs, and indeed anything else they do in times of intrigue – The TV casting riddle wrapped within an enigma is no more.

Not knowing who the majority of contestants are, it’s an announcement that leaves me baffled as to the meaning of the word celebrity. Google’s dictionary cites it as ‘a famous person, especially in entertainment or sport’. Looking at the participants who’ll grace our screens later this year the show’s title is at best misleading, and at worst….. errrrr. a little bit more misleading!

That being said, my subjective prejudged opinions are more a consequence of my ingrained cynicism towards that particular TV show genre, than an objective critique. After all, how can yours truly make informed criticisms of the show’s lineup/format when I’ve not seen them?…. And more importantly why am I wearing Mr Men socks, and who the heck do they belong to?!

As someone who dislikes people criticising what they’ve not seen/tried, I’m a tad disappointed with myself for my inherent dislike of tabloid television broadcasts, such as CLI. Shows which, as I never view., I’ve no right to criticise. However, I just can’t bring myself to engage with their formats, stubbornly holding onto my in-built resistance against embracing whatever qualities, if any, they possess.

For those not acquainted with ‘Celebrity Love Island’, my understanding is it’s like the programme ‘Celebrity Big Brother’, but with less clothing, more suncream and the same lack of celebrity participants. 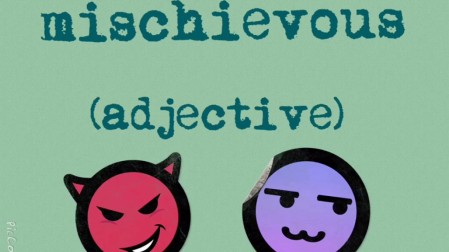 Despite my uninformed sneering, the show is very popular with a certain demographic audience within our sceptred isle’s boundaries. I’m told those viewers are predominantly among the 13-30 year old age group. Young people who know Subway’s sandwich ingredient options verbatim, along with holding career aspirations of owning Justin Bieber’s underpants.

Despite my tongue-in-cheek jibes at CLI and reality shows, they are made from an admitted position of ignorance and mischievousness. If I made the effort to objectively review the broadcast(s) it maybe something I thoroughly enjoyed watching. It’s unlikely, but as my mum used to say to us as kids “Unhappiness comes in many guises!”…… An advocacy not relevant to this narrative, but one I find handy to include in a paragraph I’ve no idea how to end.

As an aside, I’ve an acquaintance whose initials are CLI – He going by the title of Colin Louise Incline. A man riddled with misfortune who not only received a girls name amongst his baptised moniker, but when his wife was pregnant he got the stretch marks. His misfortune a gift that just keeps giving, which last week saw him receive six penalty points on his driving licence and a £120 fine for being in charge of a motor vehicle during an outta body experience.

It’s a beautifully sunny day in ‘God’s Own Country’. With the surreality of living under COVID’s watch, witnessing clips of the election campaign reality show across the pond, along with […]

Return of The Prodigal Sun

It’s back!!…. The prodigal sun has returned to Yorkshire. Kill the fatted calf, ignite the spit roast coals (well, bbq briquettes), replenish your ever depleting vitamin D levels and rejoice! […]
%d bloggers like this: