According to my TV guide, the Great British Bake Off returns to our TV screens this evening. If this listings magazine is correct, and I’ve no reason to suspect otherwise, at 8pm tonight my missus (a huge fan) will be glued to the Channel 4 broadcast on casa Strachan’s gogglebox.

To clarify, when I say my wife is a huge fan I’m referring to the fact she loves that particular TV show. I didn’t marry a large appliance designed to maintain a comfortable ambient temperature in the home.

My spouse Karen is an accomplished baker. In fact, the little lady is so skilled at the art of bakery there’s times she becomes a unashamed show off. For example, the occasion she idiosyncratically utilised her cake mix creativity to bake the BBC a letter of complaint after they lost the rights to the Great British Bake Off to rivals Channel 4.

She never received a response from the Beeb. Hardly unsurprising, though, as it’s despatch in an unpadded A3 envelope meant it’s pretty unlikely that, even if the cake reached the Head of Programming at Broadcasting House, it would’ve been fit to read.

Personally, I’ve never baked a cake in my life. I’ve cooked hundreds of meals in adulthood, but never felt inclined to mix eggs, sugar, flour and butter and bake at 180 degrees Centigrade for 20-30 minutes. 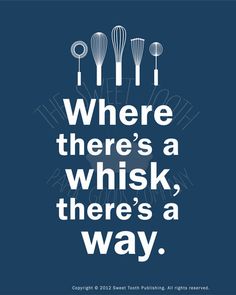 As kids, my siblings and I would fight over any remnants of any unbaked mix left in the bowl when mum baked. If memory serves me correct, we loved this pre-cooked mix so much as boys my brother and I attempted to create our own mixture. The objective of this project to devour the uncooked contents from it’s bowl.

Believing we were copying mum’s four ingredient recipe, our amalgam of ingredients consisted of flour, eggs, butter and vinegar. Undeterred by the aesthetics of the final mix bearing little resemblance to mater’s, our kid and me proceeded with a tentative taste test.

On sampling the sourness of these amalgamated ingredient’s, our Ian and myself concluded that the fourth ingredient mum used in her recipe would’ve been sugar, not vinegar……. Subsequently, the mix was despatched into the kitchen bin; Ian and I wandering into the living room, where we inadvertently broke ornaments while messing around with a football.

This slapdash incident as a nine year old boy being my one and only lifetime attempt at baking.

In these times when there’s more of a clamour for savoury flavours within a gateau, who knows, there maybe a contemporary recipe incorporating vinegar amongst it’s source elements. After all, in recent times I’ve tasted cakes infused with beetroot, not to mention Guinness, which my taste buds deemed as flavoursome bequests.

You never know, Ian and me may’ve been ahead of our time with the cake mix faux pas in the 1970’s. Perhaps if we now used the same ingredients as over forty years ago the baked savoury vinegar infused gateau may prove popular with punters.

Our kid is visiting from Gateshead this weekend. When I take mum for her weekly shop at the White Rose Shopping Centre later, I’ll have to remember to pick up flour, eggs, butter and vinegar. I’m sure the old lady won’t object at her sons desire to recreate their decades old culinary experiment.

If she is obstructive, my brother can always utilise the eggs as a prop, re-igniting his childhood magic trick of wrapping an oeuf in a handkerchief and hitting it with a hammer. A boyhood illusion he’d seen a magician undertake which, to my sibling’s utter amazement, concluded with the egg still in tact.

So impressed was he at this illusion, Ian became determined to mimic the act for his friends. Sadly, for our kid he wasn’t quite able to master the magician’s slight of hand. Consequently our childhood home was frequently short of clean hankies and eggs.