I’m penning this offering accompanied by the BBC Radio Leeds commentary of the Leeds United v Rotherham United. The voices of commentator Adam Pope and ex-Leeds player Noel Whelan my self-inflicted distraction to the writing process. As you’d expect this following of events at Elland Road handicaps my focus and concentration.

Attempting to write a narrative when your completely distracted is a new experience for yours truly. When I endeavour to wax lyrical I ordinarily attempt to avoid noise, like I would reality TV shows and Waggon Wheel biscuits.

In middle-age, I’m easily diverted from the task at hand. Now, when I lose my thread, re-focussing is a challenge for GJ Strachan; consequently, I like a silent environ when putting pen to paper. However, as I want to spend my Saturday afternoon both writing and following events in the Leeds game, I’ve chosen to take the hit concentration wise.

As I write, from Leeds’ amphitheatre in LS11, Pope and Whelan paint a landscape of warriors in white seeking to vanquish invaders from 30 miles south. The warriors urged on by 30,000+ spectators, metaphorically baying for their tribe to trample roughshod over the gauntlet thrown down by South Yorkshire challengers.

In my minds eye, the broadcasters narration of each scene transporting me to the amphitheatre. My senses stirred to such an extent the living room takes on the fragrance of Eau de Matchday – An evocative scent of ale, cola and a very peppery meat and potato pie.

To add to the realism of the matchday experience two young kids have just knocked on my front door, offering to ‘look after’ my car (currently parked on my drive) for a fiver. I politely declined……. Incidentally, can “B****r off you cheeky little gets!” be classed as politely declining?!

Football commentaries have played a large part in my sojourn from fledgling years to middle age. Amongst them the iconic game descriptives of Coleman and Davies on 1970’s Match of the Day. Not to mention ITV’s Macklin, Wolstenholme and Tyler’s post-Sunday dinner efforts in the same decade.

Decades of local radio football broadcasts from Helm, Gration, Law, Dennis and now Pope have also left a footprint of fondness on my life canvas. Successfully achieving their mission to skilfully render pre-game chaste canvasses with colour – Chromatic additions sourced from the match events unfolding in front of them.

The completed canvas won’t one day bring descendants a surprisingly high valuation on the BBC’s Antiques Roadshow. However, without these metaphoric paintings an untold number of football fans would be bereft of live match transmissions.

Listening to the Radio Leeds commentary it’s noticeable the new high tempo style of play employed by Leeds United means Adam Pope is having to deliver his words at the speed of a livestock auctioneer. 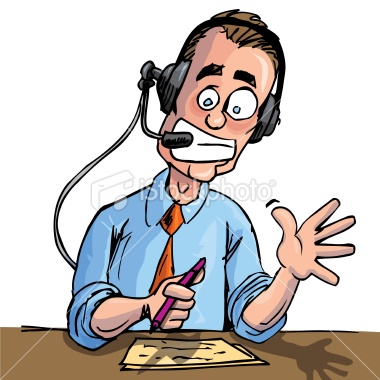 Hopefully, the Radio Leeds commentator can maintain the pace of his oration over the 90 minutes. He got to half-time unscathed, although there was evidence of hoarseness as the referee’s whistle signalled the break. I assume he’s using the fifteen minutes until resumption to rest his vocal chords and partake in an efficacious gargle with TCP.

So think on Saiz, Douglas, Klich et al. Think of the poor broadcaster when your moving the ball around at the speed of a pinball table bumper.

From a personal perspective I’m full of admiration for the job these broadcasters undertake. Watching a match in a stadium and immediately pick a player’s identity, as is a commentator’s remit, must be a challenge. Particularly if the action is taking place in a packed penalty area.

When spectating at Elland Road Stadium, there’ve been numerous occasions when I’ve been uncertain of a goal scorer or the instigator of an infringement…… Not to mention how I ended up at Leeds United’s ground when I’d only left home for a pint of milk.