Summer evenings don’t get much better than a tea of fish and chips from St Michael’s Fisheries, then a short meander down the road to the Emerald Headingley Stadium to witness a t20 Blast cricket match. A scene that, in the company of my son Jonny, came to pass yesterday afternoon.

In my book, a belly full of fish and nerks (as my dad had a tendency to call them), sun on face, cold beer in hand and witnessing a Yorkshire Vikings victory is an almost utopian few hours. One that could only be usurped if I could persuade actress Margot Robbie to bring me a marmite on toast breakfast, followed by performing knee surgery on my troublesome cartilage.

Alas, as it currently stands Ms Robbie has dismissed out of hand any hope of the breakfast element of my wish coming to pass……. On the plus side, though, she hasn’t yet ruled out undertaking the knee op.

As alluded to above, I attended last nights game with my son. More of a brother than a son, my twentysomething offspring and I interact more like best buddies than a father and his male heir. My approach to fatherhood is not to patronise my son (or daughter) by attempting to indoctrinate him (or her) with my old school mantras.

He’s a bright, funny 28 year old man who’s perfectly capable of manifesting his own ideological views on life. I’m there for advice if required, if not sought I keep my nose out. To be honest, I’d rather my verbal interactions with my boy were spent taking the p**s out of him and having a laugh, as opposed to spouting how I believe he should conduct his life.

Also, I’m pretty certain Jonny would rather return the p**s taking and laughter, rather than listen to me guide him on his life path.

Quite frankly, individuals who demand respect and try to indoctrinate because they’re older, thus deeming themselves wiser, absolutely infuriate me. Somehow failing to understand residing on this dysfunctional planet longer than someone doesn’t guarantee a more erudite mind, greater humanity or superior behavioural traits.

I’m sure my son has the above three qualities in droves, earning him the right to make his life choices without my or his mum’s interference. When he was a child and younger adult I chipped in regularly with guidance. For a good few years, though, I’ve never felt the need or inclination to venture down that thorny route. 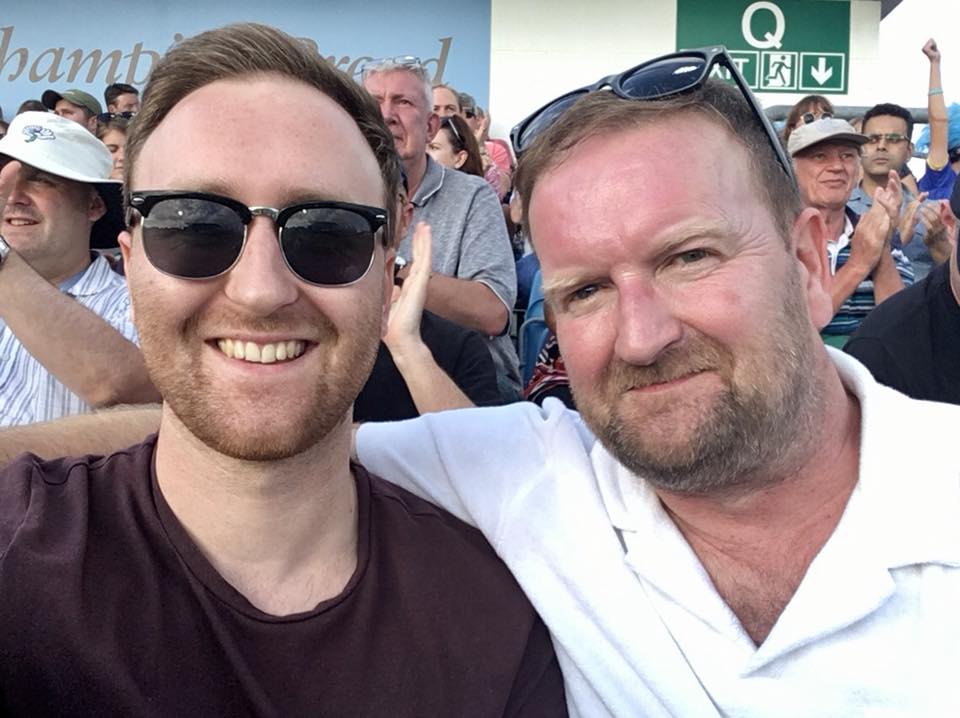 Anyhow, enough already about my thoughts on parenthood skills…..

A loving, caring man, Jonny is a great source of pride. Generous to a fault, yesterday he paid for the fish and chips – Opining it was only fair as I’d bought the match tickets.

Actually, coming to think of it, his match ticket cost me £19, whereas my fish, chips and can of dandelion & burdock only totalled £6….. Ignore the bit about him being generous to a fault – My son is a shameless chancer. A shyster with the morals of fictional rogues like Raffles the cat burglar or Dick Dastardly the wannabee pigeon murderer.

Last night’s Yorkshire Vikings v Northants Steelbacks match didn’t contain the run fest of the previous week’s game, when Birmingham Bears rolled into town. However, the different game management required by Yorkshire to chase down Northants total of 129 was no less fascinating.

At the matches conclusion, as Jonny and I heading toward the exit, we took a slight detour towards the stadium’s memorial garden. It’s here my dad’s ashes and memorial plaque lay, adjacent to numerous other late Yorkshire CCC and Leeds Rhinos supporters.

This an area of well kempt flora and fauna, residing in colourful borders supported by a wooden retaining wall. The wall bearing scores of small memorial plagues, purchased by families of the deceased to honour passed clan members.

At the foot of the plaques, small pebbled stones engulf the scattered ashes of loved ones. The final resting place of numerous proud Yorkshiremen and Tyke ladies. Only a short stroll from cricket and rugby playing surfaces where, in life, they forged fond existential memories.

On reaching my dad’s plaque, bearing his name, years of birth and death, along with the simple but pertinent message of ‘Forever in our thoughts’, Jonny and me provided him with news of another comfortable t20 blast win for his beloved county.

As we paused for a moment of reflection at my old man’s final resting place, thoughts manifested themselves of how happy he’d have been to see his ‘tribe’ prevail for the third time in a week at this format of the game. A triumph he’d have no doubt greeted with a celebratory glass of merlot, while sporting a grin the size of Headingley’s huge cricket scoreboard located around 30 yards from his memorial.

They say the best things in life are free. Last night they cost me about £40, plus a taxi home!……. Money well spent! 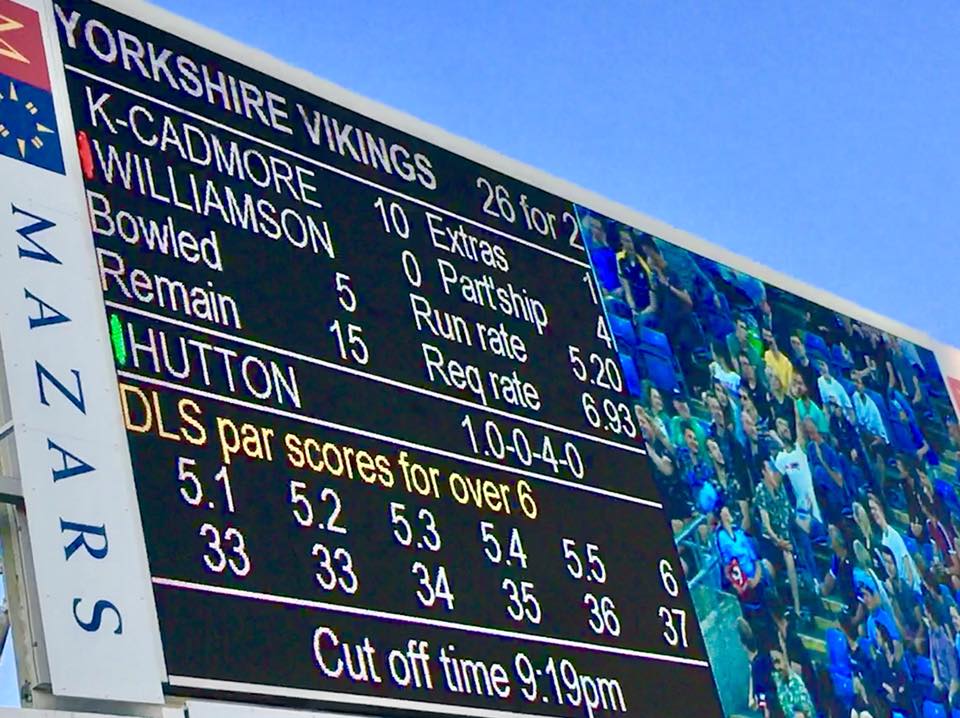