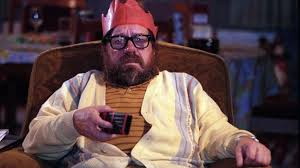 Actor Ricky Tomlinson is 76 years old today. Famous for his roles in Brookside, Cracker and the Royle Family, he is also renowned as the only person who uses the word arse more than my mum.

Although, to be fair to my mum, if I wasn’t around my parents house so much her use of the word would be significantly less!

Blackpool born and Liverpoold bred, Tomlinson has led a more colourful life than someone who lives in a kaleidoscope. Not that people live in kaleidoscopes but I’m struggling for a suitable simile, so you got that I’m afraid. You’d need a bloody big kaleidoscope to fit Ricky in as he’s a rotund old boy! …………. Anyway, enough about kaleidoscopes already!

Tomlinson’s colourful life includes partaking in left wing political activism, which at one point led to two years in jail for ‘conspiracy to intimidate’, whilst picketing in Shrewsbury. His left wing ideology started in the 1970’s, after meeting controversial puppet Basil Brush at the BBC TV centre.

Brush became his drinking buddy in the 1970’s, when their off the wall behaviour and anti-Tory rhetoric gained them a reputation as being disruptive individuals. Tomlinson’s heavy drinking became legendary at the time. So much so someone once described him as a ‘pisshead’!

Tomlinson’s drinking buddy in the 1970’s, looking a bit worse for wear at the BAFTA’s 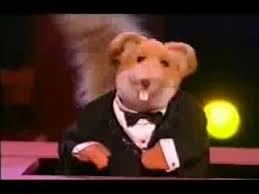 Tomlinson’s fondness of the booze led to him insisting, during one of his roles in the 1970’s, that there was a minutes silence after his local pub was closed down!

His big acting break came in 1982 when he landed the part of Bobby Grant in the Channel 4 soap opera Brookside, a role he played for six years. He has had many leading roles in TV and film since then. However, he is possibly best known for his role as cantankerous, workshy slob Jim Royle in the comedy The Royle Family.

This brilliantly written and very funny show was shot to give it an almost documentary, fly on the wall feel. His portrayal of the ill tempered, lazy scouser, who takes advantage of his selfless wife Barbara and family, was excellent. It wasn’t a catchphrase based comedy by any stretch of the imagination, however, the show did spawn him the catchphrase “My Arse” as a suffix to his many rants.

A keen banjo player, Tomlinson has been known to treat the audience to the occasional tune on The Royle Family. He has quite a collection of banjos, which he has accumulated from various sources over the years.

His latest acquisition was given to him by ex-Leeds striker Noel Hunt. It was the instrument Hunt used whilst at Leeds to try disprove the fans theory that “He couldn’t hit a cows arse with a banjo!”…….. He failed!

I have Ricky’s autobiography perched a few feet from me in my bookcase. Like most of the things in there I’ve not read it, but I always think a full bookcase is a sign of a well read, inquisitive, intelligent mind. It just goes to show how misleading owning lots of books can be!

They say ‘Never judge a book by its cover’. However, I once read a really rubbish book which had an awful front cover, so that rule doesn’t always apply. In fact it was an eBook written by me!

Talking of my writing, in the last day I’ve been printing off some stuff I’ve written over the years. Below is a picture of the only book I’ve ever finished (apart from eBooks), which I wrote a while back.

It consists of 360 pages and over 700,000 words. It is an everyday tale of love, hate, laughter, depression, shoehorns and a guy who likes wasting paper!

I mentioned to my son Jonny, that I’m printing off some work as my legacy to him and his sister. He said he’d rather have that hat I’m wearing in my Facebook profile picture! …… Ungrateful sod! 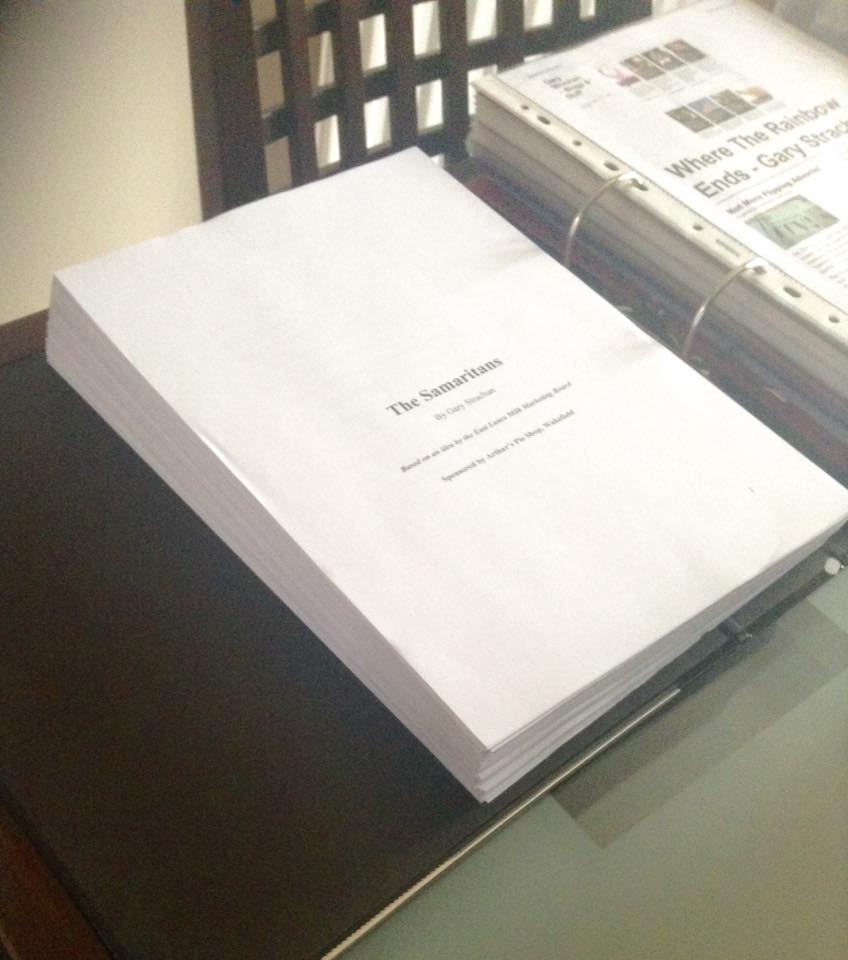 Anyway, Happy birthday Ricky Tomlinson! Cheers for all the laughs, but can you do me a favour and stop picking your nose please! 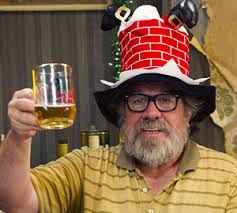