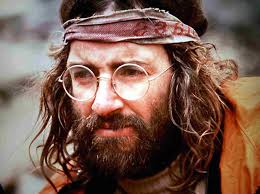 Forty years ago yesterday, Dougal Haston and Doug Scott became the first Britons to reach the summit of Mount Everest in the Himalayas.

It was a remarkable achievement, especially when you take into account that the duo had only gone out for a night out in Kathmandu. They came out of The Fleece pub just after last orders, took a wrong turn after hitting the kebab shop and next thing they knew they were at the top of the highest mountain in the world!

What made their feat even more astonishing was that they succeeded taking a difficult direct route which had repulsed five other mountaineering team attempts and set a record for the fastest time up the peak. 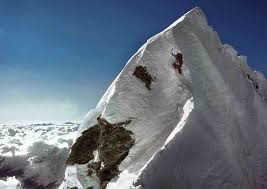 Haston and Scott were in the Nepalese capital as a reconnaissance trip for an Everest climb they were planning for the following year. The Kathmandu trip was also arranged to take in the bachelor party of one of their support team.

This meant a drink fuelled few days for the group, dressed predominantly in fancy dress outfits. Not only were Haston and Scott the first Britons to scale Everest, they were also the first people to do it dressed as Scooby Doo and Yogi Bear!

Haston after his epic feat! 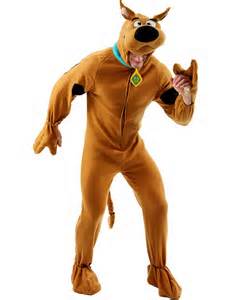 It was a tough journey for the duo, who had to survive on snow, Scooby snacks and the doner kebabs they’d bought in Kathmandu. Nottingham born Scott first words when they reached the summit were reputedly “See, I told you we were lost!”

Scotsman Haston’s first words at the peak of Everest were allegedly “Mah stomachs cramping. Ah think that kebab mist hae bin aff!” This roughly translates to “That kebab was rancid. That’s the last time I eat anything that hasn’t been deep fried!”

Scott and Haston’s achievement of climbing Everest in fancy dress has never been repeated. Although, some say Chris Bonington’s climb of Kilimanjaro in a suit of armour deserves similar kudos.

Bonington just prior to scaling Kilimanjaro

Dougal Haston tragically died in an avalanche whilst skiing in 1977. He was only 36 years old and is believed to have choked, whilst skiing alone near Leysin in Switzerland.

A memorial in Currie, on the outskirts of Edinburgh, was erected in recognition of Haston’s mountaineering achievements.

Every year on the anniversary of their Everest climb, Doug Scott plays a lament by the memorial on the bagpipes for his late friend. Scott cannot play the bagpipes so it is a cacophonous din, but it’s the sentiment that counts I suppose!

Scott, now 74 years old, was regarded as one of the world’s leading high altitude and big wall climbers. In his numerous expeditions he has scaled Baintha Brakk (The Ogre), Everest, the Seven Summits, (the highest peak on each continent) and starred as Chris Bonington’s stunt beard in the movie Chris Bonington’s Beard.

The Nottinghamshire man also became the first man to attempt to scale Piers Morgan’s ego. Unfortunately, he had to turn back after five minutes, when he could no longer stand Morgan bragging he must be a great bloke as he has four million Twitter followers!……….. What Morgan seems to forget is that if there was a dislike button that figure would be ten fold!

What is the legacy of Haston and Scott’s inaugural Everest climb by Brits? I asked family members, who participate in mountaineering, what they believed was the answer to the question above. They responded “Anyone who attempts to scale Everest has got balls, unless they are a woman of course!” …..… I couldn’t really pick flaws in that comment!