Fifteen years ago today, in Sydney, British rower Steve Redgrave made sporting history when he won gold for the fifth consecutive Olympics.

In a tense coxless fours race, he and fellow Brits Matthew Pinsent, James Cracknell and Tim Foster pipped the Italian crew by half a second to become Olympic champions.

A crowd of around 22,000, made up predominantly of Brit supporters, celebrated wildy as the British crew crossed the line to victory. Shouts of “Get in!”, “Well done Steve!”, “What are we cheering at?!” and “Does anyone know what time the bus to Manly is due?!” were heard around the periphery of Penrith Lakes.

Redgrave collapsed on his oars with sheer exhaustion at the end. He was spent from utilising every last ounce of the energy required to fulfil his record breaking achievement. His wife, father and three children soon joined him to ecstatically embrace their hero at the lakeside.

The Buckinghamshire born oarsman had become the most success aquatic Olympian in history. He had beaten Portugal’s Astro Sanchez’s achievement of four golds, which he’d won in consecutive 200m swan pedalo races

When the exhaustion of the crew had diminished slightly, Redgrave said to his crew mates, “Remember these six minutes for the rest of your lives. Listen to the crowd and take it all in. This is the stuff of dreams.”

Cracknell and Foster absorbed the atmosphere, as their more experience colleague suggested. Forget performance enhancing drugs they’d had a performance enhancing crowd giving them the edge over their vanquished foes. Pinsent was more of a maverick and remembered seven minutes instead of Redgrave’s recommended six!

On that September day in 2000, it seemed fitting that Britain’s greatest Olympian had achieved his feat on the water. After all, Britons were an island race, whose industrial, military and empire growth were heavily reliant on maritime excellence.

Redgrave was knighted for services to rowing in the 2001 New Years Honours. After he retired he became involved in many projects, including raising a record £1.8 million for charity, when he ran three London Marathons. 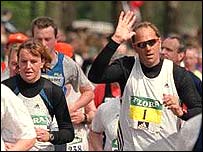 Amongst his other accolades, since his historic win in 2000, he has been an Olympic torch bearer twice (Beijing and London), rowed in the royal pageant during the Diamond Jubilee celebrations of Queen Elizabeth II, launched his own Fairtrade fashion brand and was the first person to say “Bloody hell, it’s hot in here!” when he opened the new mega greenhouse at Kew Gardens.

The opening ceremony for the greenhouse wasn’t a great success, as the organizers foolishly chose to have a champagne bottle smashed against the side of the structure, as would occur if naming a ship!

This resulted in the inevitable consequences of the bottle not smashing but scores of greenhouse window panes being shattered. A sheepish Sir Steve quietly slipped away as the organizers fought amongst themselves about the debacle. The arguments became further heated when they found out they had only insured the greenhouse ‘Third Party, Fire and Theft’. 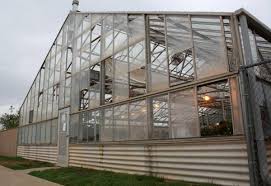 What is his legacy? It would take me an hour just to type his rowing accolades, never mind the non rowing achievements.

One of his friends opined “Steve the greatest competitive rower in history, one of the greatest Olympians ever and, arguably, Britain’s greatest sportsman of the twentieth century. His feats as an oarsman are legendary—gold medals at five consecutive Olympic Games; nine World Championships and a string of four unbeaten seasons”

When I say it was one of Sir Steve’s friends that isn’t strictly true, it was a unkempt old woman sat next to me in Costa coffee! ……… However, I thought it was quite an eloquent sound bite from my mum, so I thought I’d include it!

Happy anniversary of your remarkable achievement Sir Steve! …….. Oh, and can I borrow your Bert Weedon Greatest Hits cd?!