Since July’s swapping of my residential post code area from LS15 to WF3 I’ve been lucky enough to have travelled to Scotland, Wales and Canada. In the process meeting some fabulously positive, engaging individuals whose company and generosity of spirit has been the very antithesis of the toxicity and negativity that for decades had hung around my neck like a millstone.

These new encounters shared with ‘real’ people; many who’d had lifelong challenges but had faced these imposters with stoicism, coming out of these experiences scarred mentally (and sometime physically). Despite this, though, possessing the constitutional wherewithal to confront situations or conversations from a position of positivity.

People from all over the world who’ve helped me grow confidence wise and as an individual. Acquaintances who contributed to a wealth of memories and realisation I’ve many qualities, some of which I’d foolishly suppressed so not to upset the status quo. One of which my old habit of entering into a conversation from a juncture of not thinking I’d a worthwhile verbal contribution to make, or somehow not worthy.

My previous servility I now know to be absolute nonsense. However, mental illness is a cruel mistress who thinks nothing of tormenting a vulnerable mind with incorrect notions of true self-worth. Dumping the afflicted into a domain of darkness and uncertainty, regardless of the actual capabilities they possess.

Among those who’s contributed to the many joyful memories indelibly ingrained within my neurological corridors is Coco. My new buddy a labrador/golden retriever cross who, along with a quartet of equally endearing canines in Canada, introduced me to the wonderment of dogs. With never owning a fur baby (as some owners lovingly label them), a joy I’d not previously experienced. 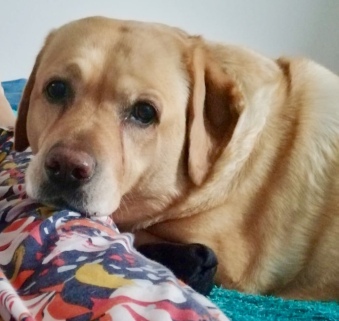 The affection and loyalty these wonderful pets bestow on you is unconditional….. Well as long as you feed, shelter, exercise and don’t mistreat them. My previous indifference to dogs being blown completely out of the water by making acquaintance with these devoted, solicitous and adorable animals. My new furry pals bearing none of the backstabbing, disloyal and untrustworthy behaviour of many humans; a trait I find utterly endearing.

Sadly, it’s a knowledge void I’ve filled far too late in life, although as the adage goes ‘Better late than never’…… Or as they say in the coffee house where I write these erratic observations ‘Better latte than cappuccino’…… Of course, they don’t say the latter adage. Such a slogan making no sense unless this cafe franchise was attempting to wean cappuccino drinkers onto latte’s. A scenario that’s unlikely at best, and utterly preposterous at worst.

For many years dog owners, aware of my propensity to wander unwillingly into recurring depressive states, have advocated I buy a dog. Positing that walking and stroking a canine was a highly cathartic experience and may help pull me out of my darker sojourns. An advocation I now know to bear some basis in fact.

Of the many acquaintances and memories made over this last few months Coco has made as big an impact on my life as anyone. I submit this observation with no disrespect to the numerous wonderful individuals who’ve since July have immeasurably enhanced my existence. I’m deeply fond of many of those new friends who’ve shown me ‘real’ life.

However, my little lab/retriever buddy, owned by one of those new friends, absolutely melts my heart with the unconditional affection and joy she brings when I meet her.

People who for years have playfully mocked my downcast looking face on photographs posted on social media won’t believe this, but when I’m in the company of this beautiful little lady I’m unable to stop smiling.