It’s Sunday morning and I’ve taken temporary residence in my new ‘go to’ writing domain; Costa coffee at the White Rose Shopping Centre (WRSC), Leeds. A caffeine infused environment which provides me with inspiration, an Americano with milk, along with a less distracting background noise than home – Casa Strachan, where my paragraphs are frequently interrupted by a maternal request to undertake some chore or other.

It’s just gone 10am (opening time on a Sunday) yet this particular cafe, within the global coffee house franchise, is already packed with shoppers seeking a caffeine injection. No doubt a pre-requisite before embarking on a spot of Christmas shopping with hordes of other West Yorkshire consumers..

Among these patrons a Harry Potter lookalike. Bereft of broomstick and wizard’s cape, he tucks into a bacon sandwich which he looks to be defiling with the addition of a mayonnaise topping. If that’s a staple diet for a sorcerer then I’m relieved to be a wand impotent civilian.

What use is being able to fly and carry out all sorts of magical feats if your breakfast butty topping is smothered by mayo…… Sorry, but it’s just not right!!…… I shall treat the book ‘Harry Potter and The Bacon Sarnie with Mayo‘ with the same indifference I’ve afforded to the other tomes within the franchise.

That’s not meant to be disparaging to author JK Rowling’s prowess with the pen. Her incredibly successful tomes appeal to millions; but not yours truly. Consequently, I’ve never read any of them. That being said, I doubt JK will lose much sleep over it!!….. On the off chance she is irked by my indifference to her art, expect her retribution to be a book titled ‘Harry Potter and The Northern Englishman Who Talks Out of His Ring Piece! 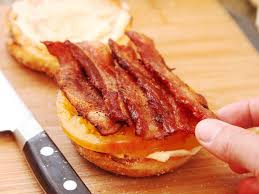 Sitting opposite me is a customer with a black cloak veiling a full view of their visage; attire which gives them a the look of the Grim Reaper. A sight that makes me anxiously ponder if my cardiologist has come to give me a message. If it is, the fact I’ve just eaten a bacon butty will not doubt incur his wrath….. Even without the mayonnaise!

If it is the Grim Reaper I might go over and engage him in conversation. I’m intrigued to know the role is one of zero hours contract, along with if he’s allowed smoking breaks.

With writing fairly frequently at this location, I’ve got to know lots of this coffee house’s staff reasonable well. They’re a friendly bunch who seem unperturbed by the fact, as a regular customer, I tie up a table for an hour or two a few times a week. They’re too busy to engage in long-term discussions, however I find them polite, amiable and also bring me coffee, consequently I’ll not have a bad word said against them.

These young baristas certainly earn their corn……. I’m unsure why they don’t get paid in the coin of the realm!…….. As with cocktail waiters and waitresses, these individuals starting out on the employment ladder get rushed off their feet while aiming to fulfil a role in the UK’s ever burgeoning service industry.

Lots of these employees are from Eastern European countries. Youngsters who know the meaning of ciezka praca**, and szkoda ze penury zniwiarz***.