There’s an engineer due this afternoon. His mission, should he choose to accept it, to repair my mum’s gas fire which has refused to ignite since last Friday.

Frustratingly, I tried a variety of unsuccessful strategies to remedy the problem, including exclaiming irritable cries of “Work you useless piece of s***e!” However, this approach failed to bear fruit, or indeed flames.

Likewise, a less confrontational approach of engaging arbitration and conciliation organisation ACAS to ‘talk it around’ with diplomacy has also thus far failed to get the fire back working…….. As did my second attempt at aggressively berating the fire with cries of “Work you useless piece of s***e!”

When he arrives, I’m unsure what the engineer will need to undertake to make the appliance fit for purpose again. I do know, though, that if the gas fire starts working again after the engineer orders it to “Work you useless piece of s***e!” I’ll be pretty hacked off!!

As I wrote about in the recent narrative Untuned Catarrh, the fire’s work to rule coincided with West Yorkshire’s coldest few days in a while. This development increasing the fire’s leverage at securing its demands of less working hours, free BUPA healthcare and non-contributory pension.

Submission which also incorporated a desire that henceforth it be named a ‘warmth provision unit’; as opposed to its traditional moniker of fire…… Negotiations continue over beer and sandwiches at ACAS…… Watch this space! 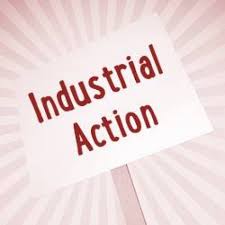 Perched at the dining table, I snacked on a bag of lightly salted hand cooked crisps; attempting to work out if there was actually any salt on the product. A pretty decent indication there wasn’t came in the shape of my pet slug Harry’s decision to join me troughing this fare.

Harry’s a picky eater, ordinarily not venturing anywhere near anything sodium laden. As I don’t speak slug, I’m uncertain why the mollusc is so reticent to approach salted food….. Well, apart from the fact it’d kill him in a death of gastropod ghastliness!

When I say him, if truth be told I’ve no idea if my pet slug is male or female. A situation borne from my utter indifference at checking his/her genitalia. Even in the unlikely event I felt the need to ascertain the sex of my mollusc, I’ve absolutely no idea if slugs genitals are even distinguishable…… However, even if Harry was the Ron Jeremy of the mollusc world, I’d wager his slughood wouldn’t be viewable by the naked eye.

Through the dining room door I can hear that a party political broadcast has just commenced on BBC1. Two guys engaging each other with the usual b*ll*cks spouted by the vast majority of parties pre-General Election.

I didn’t catch which party the broadcast was on behalf of, However, think l heard a promise that should they become elected government they’d reduce fuel prices to £0.45 per litre (diesel and unleaded), allow workers to benefit from four years maternity and paternity pay, unless they’d bore children in which case they can have a week off and a rubber ring (even the men!) for their chair on returning the following week. This party also pledged to outlaw the word moist in public, along with nationalising the marmite production industry.

Who knows whether we can trust this political party. After all, in the contemporary murky world of politics, this affiliation maybe peddling mass disinformation to us (the British voting public)….. Not just that, I’m unsure how nationalising marmite will impact my favourite toast topping rhyming with harmite!….. I need more details of their manifesto and wine prior to making informed decisions on their worthiness to govern.

When it comes to December’s general election I’m pretty cynical. Rightly or wrongly opining there’s not one political party who I feel you can entrust with the government of the UK…… I’d love to be convinced otherwise, however, as it stands I’d rather vote for my slug Harry as prime minister than any of the other candidates.

Of course, they’ll be many decent fellas/ladies contesting the constituent vote around this sceptred isle. Benfieldshire candidate Martha Klutz has won many friends in her constituency with an election pledge to outlaw the playing of Gilbert & Sullivan songs between the hours of 8pm and 10pm. In addition to banning the playing of Gilbert O’Sullivan refrains between 10pm and midnight.

Subsequently, if Ms Klutz and her party get voted into power, we may soon see UK legislation aimed at stopping late night listening to tunes like this……..